Bollywood will open with a bang in January with the release of Pathan, Mission Majnu and Tehran 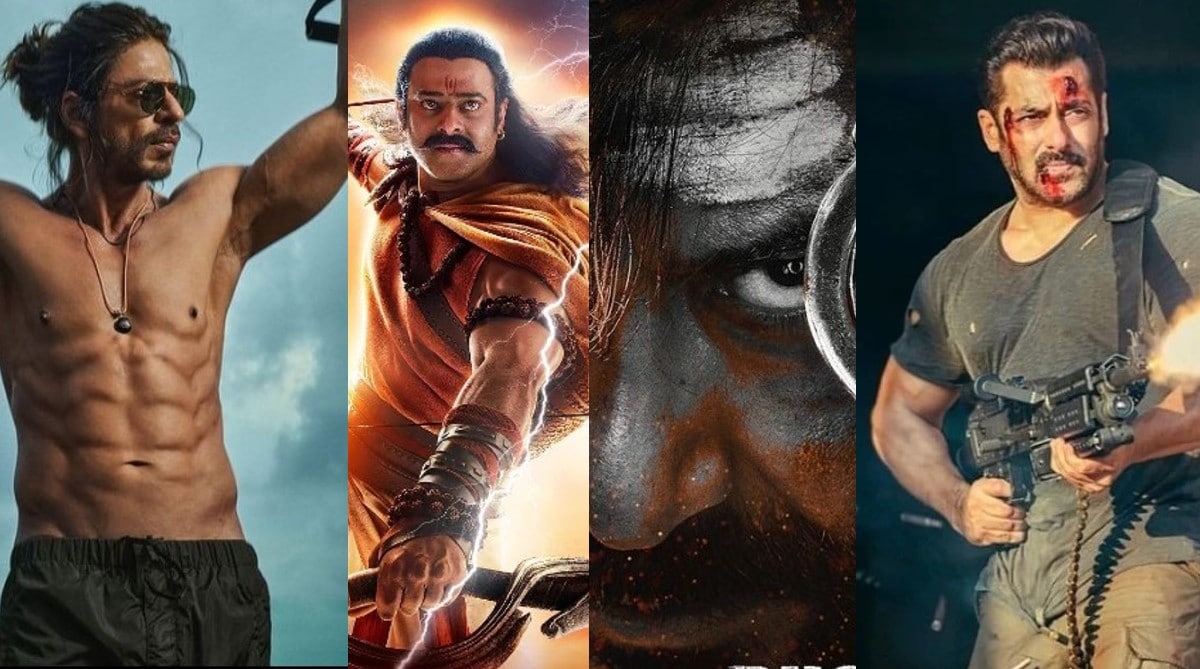 Bollywood films are going to start with a bang in the new year. Many big films like Pathan, Mission Majnu, Jawan, Danki, Tiger 3 and Tehran will be released next year.

Talking about Bollywood films released this year, ‘Kashmir Files, Brahmastra and Drishmay 2’ have done strong business at the box office. Apart from this, South films have been dominating this whole year. These films not only entertained the audience but also created earning records. Her power-packed performances in films RRR, KGF 2, Pushpa The Rise and Kantara have won accolades from audiences and critics across the world. The coming year can prove to be special for Bollywood. Next year, many big Bollywood films can create panic.

From the beginning of the new year, many big stars including Shah Rukh Khan, Salman Khan, Alia Bhatt, Ranveer Singh, Ajay Devgan, Prabhas are going to rock with their films. The list of films releasing at the beginning of the year include Pathan, Danki, Kutte, Mission Majnu, Tehran and Lakdbagha.

Pathan
film Pathan will hit the theaters on January 25. With this film, King Khan is about to make a comeback on the big screen after four years. Apart from Shah Rukh, Deepika Padukone and John Abraham are in lead roles in this film. Two songs of the film Besharam Rang and Jhoome Jo Pathan have been released. Prior to this, the film got mired in controversies regarding the song Besharam Rang. Shahrukh Khan’s fans are very excited about this film.

The action packed Jawan
Shahrukh will release on June 2. Talking about the story of the film, it is based on the life of a common man, who is implicated in false allegations. In this film too, Shahrukh will be seen doing tremendous action

.
Shahrukh’s film Danki will be released by the end of next year. It can be released on 22 December. In this film, King Khan has worked with Rajkumar Hirani for the first time. Taapsee Pannu will also be seen alongside Shah Rukh in the film.

Dogs
Bollywood actor Arjun Kapoor and Tabu starrer film ‘Kutte’ will release on January 13. The trailer of the film has been released recently, which people are liking a lot. Arjun Kapoor will be seen in the role of a police officer in the film. There are many big actors in it. There are tremendous dialogues in the film. The audience is eagerly waiting for this film.

Mission Majnu
The audience is also very excited about the release of actor Siddharth Malhotra’s film Mission Majnu. Along with Siddharth Malhotra, Rashmika Mandanna is also in the lead role in the film. Seeing the performance of Siddharth’s films this year, the makers have decided to release it on the OTT platform. The film will be released on 20 on OTT.

Teheran
Bollywood actor John Abraham’s film Teheran is going to be released on the big screen on 26th. Manushi Chhillar is also with him in the film. It is a political drama film. The audience is excited about the film Tehran. Let us tell you that John Abraham will also be seen in an important role in the film Pathan.

Gandhi Godse – a war
Director Rajkumar Santoshi, who made more than one superhit films like Ghayal, Damini, is making a comeback to Bollywood after a long time with the film ‘Gandhi Godse – Ek Yudh’. His film will be released in theaters on 26 January.

Lakdabagha
film Lakadbagha will be released on 13 January. The film stars Anshuman Jha, Riddhi Dogra and Milind Soman in lead roles. This is an action film.

Adipurush
South actor Prabhas’s Adipurush will be released in 3D on January 12. Adipurush is said to be the costliest Indian film ever. The budget of this film is between Rs 350 crore to Rs 400 crore.

love story of rocky and rani
Ranveer Singh and Alia Bhatt’s Rocky Aur Rani Ki Prem Kahani will release on April 28. The film is directed by Karan Johar. The film is based on a love story. It will also feature Dharmendra, Shabana Azmi, Jaya Bachchan and Preity Zinta.

Bhola
Ajay Devgan’s film Bhola will be released on 30 March. The film stars Tabu, Sanjay Mishra, and Makarand Deshpande. The film is the story of a dysfunctional family. In this, Tabu will be seen in the role of a police officer.

Tiger 3
Salman Khan’s film Tiger 3 will be released at the end of the year. The film may release on 10 November. In this, Katrina Kaif will be seen once again with Salman. This movie is the third part of Tiger. In this episode first Tiger then Tiger Zinda Hai and now Tiger 3 has been made. Emraan Hashmi will be in the role of Villain in the film.