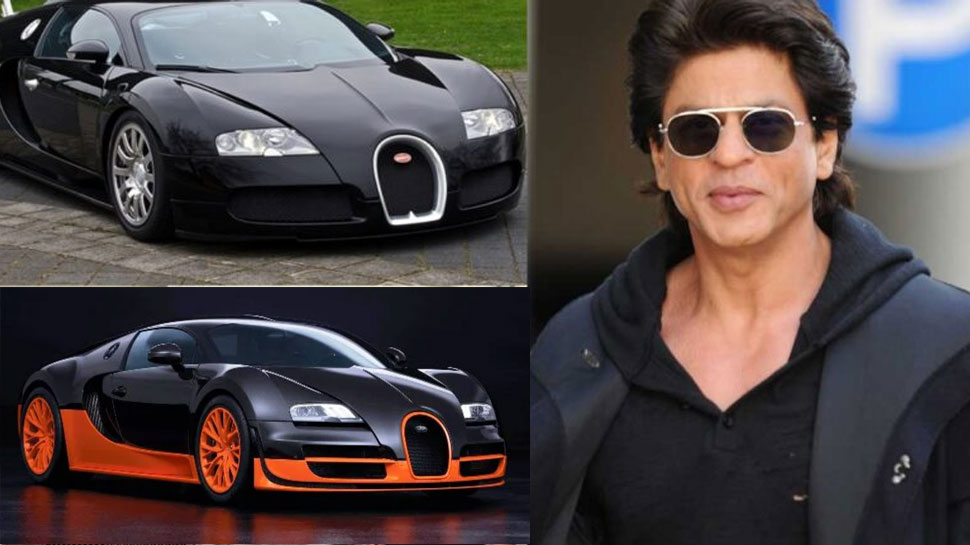 Shahrukh Khan car collections: Shahrukh Khan owns several vehicles from luxury brands. If he drives himself in any of these cars, then his wife Gauri or son Aryan travels with someone.

Shahrukh Khan has many vehicles of luxury brands (Shahrukh Khan car collections). If he drives himself in any of these cars, then his wife Gauri or son Aryan travels with someone. Shahrukh Khan’s fleet has one to one luxury cars. In which Mitsubishi Pajero sports car, Audi A-6, BMW 7, BMW 6 Series Convertible, Land Cruiser and Rolls Royce are included. It is said that out of these, the black color Mitsubishi Pajero SFX is counted among his favorite cars.

However, every car of his is very special for King Khan. According to media reports, the lucky number of Shahrukh, who believes in numerology, is 555. In such a situation, the number of some of his vehicles is also 555. According to the features of the BMW 6 Series Convertible car that Shahrukh Khan has, the price of this vehicle is around 1.12 to 1.75 crores. He also has a BMW i8 which costs around Rs.2 crore 14 lakhs.

Bentley Continental GT is also with Shahrukh Khan. Which is counted among his most valuable things. This car comes with a 4.0-litre twin-turbo V8 petrol engine that generates 498 bhp and 660 Nm of peak torque.

On the other hand, Shahrukh is the owner of the old generation Phantom VII car. According to media reports, this car has been a part of his garage for many years. He also owns a Rolls Royce which is powered by a 6.7-litre V12 engine that generates around 453 bhp and 720 Nm of peak torque.

Shahrukh also owns luxury SUVs. However, he has often been spotted in the Land Rover Range Rover Sport. The Range Rover Sport is powered by a 3.0 V6 engine that generates around 187 bhp and 440 Nm of peak torque.

King Khan also owns a Mercedes-Benz GL 350 CDI. A 3.0-litre diesel engine has been given in this vehicle. Which generates 255 Bhp and 619 Nm of peak torque. SRK also has a Mercedes-Benz S-Class in his garage which is owned by his wife Gauri Khan. This is the last generation S 500 L model. This car has a V8 engine which generates about 453 bhp and 700 Nm of peak torque.

Similarly, according to the report published in starsunfolded.com, apart from these special expensive vehicles, King Khan’s fleet includes more than one luxury vehicles, which are worth crores. He also has a 14 meter long vanity van which is said to cost around Rs 4 crore.