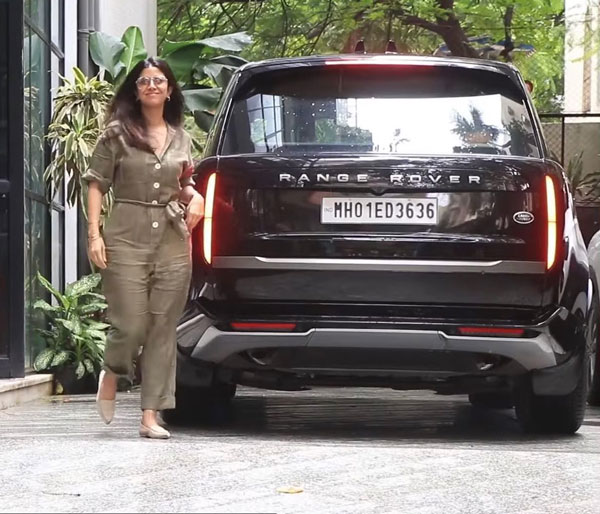 The actress was recently seen with her new SUV, which she likes to call “Black Beast”. Recently, a video of her has surfaced, in which Nimrat Kaur is seen reaching a film production company in this car. Nimrat Kaur is an Indian actress who has worked in Bollywood films like The Lunchbox, Airlift and Dasvi.

In this video, the all-new Range Rover SUV can be seen approaching the production company’s office. The driver drives the car straight to the studio premises and the actress gets off. She takes a few pictures and then goes back to the studio.

The Range Rover SUV of the actress cannot be seen up close in the video. Though it is a new-generation model, the SUV retains the identity of Range Rover. Starting from the front, the signature Range Rover grille has been installed in its front. It has been designed in such a way that it now integrates easily with the headlamp cluster.

Projector LED lights and LED DRLs are fitted in the headlamps. The bumper has been redesigned and looks premium too. Coming to the side profile, you will notice that the SUV carries the iconic silhouette. Also the door handles have been changed.

It now comes with a Range Rover Velar, as do flush fitting door handles. The biggest change in the all-new Range Rover is in the rear profile. There is a gloss black panel on the tail gate of this SUV, which has been given Range Rover branding. The gloss black panels drop down to become the vertically stacked LED tail lamps.

The Range Rover is being offered with both petrol and diesel engine options. The petrol version comes with a 4.4-litre petrol engine that produces 520 bhp power and 750 Nm of torque. At the same time, the 3.0-liter engine is available in the diesel variant of Range Rover.