BMW X4 Silver Shadow Edition launched in the Indian market, know what is the price and features 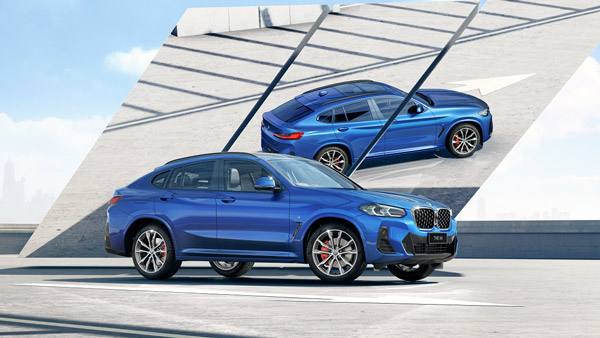 At the same time, the price of its second and top-spec variant has been kept at Rs 73.90 lakh (ex-showroom). The company has launched the BMW X4 Silver Shadow Edition in two variants xDrive 30i and xDrive 30d. After cosmetic updates, this special edition of BMW X4 looks sportier than before.

Coming to its design, with the Silver Shadow Edition, the BMW X4 now gets a high gloss chrome finish on several exterior elements. These include elements like kidney grille surround and mesh, bumper inlay and exhaust pipe. The car has been introduced in a total of three exterior colors.

These color options include CarbonBlack, Phytonic Blue and Alpine White. Other design elements such as slimmer LED headlights, wrap-around LED taillights and 20-inch M Design alloy wheels have remained the same, though the alloy wheels now come in a diamond cut finish instead of gloss black.

Talking about the interiors found in the BMW X4 Silver Shadow Edition, it has been given dual-tone ‘Vernasca’ mocha and black leather upholstery. Apart from this, there has been no change in the design and layout of the cabin in the Silver Shadow Edition as compared to the standard model.

Apart from this, features like a wireless charger, a heads-up display (HUD), three-zone automatic climate control, a panoramic sunroof, electrically operated tailgate, hands-free parking, adjustable suspension and cruise control have been given in this special edition.

The BMW X4 Silver Shadow Edition is offered in two engine options, the first being a 2.0-litre 4-cylinder turbo-petrol engine that churns out 252 Bhp of power and 350 Nm of torque. This engine is mated to an 8-speed automatic gearbox with BMW’s xDrive all-wheel drive system.

On the other hand, the Silver Shadow Edition also gets a 3.0-litre in-line, six-cylinder diesel engine that produces 265 Bhp of power and 620 Nm of torque. With this engine, the company is also offering an 8-speed automatic gearbox and BMW’s xDrive all-wheel drive system.