BMW X4 facelift to be launched in India on March 10, know what features will be available 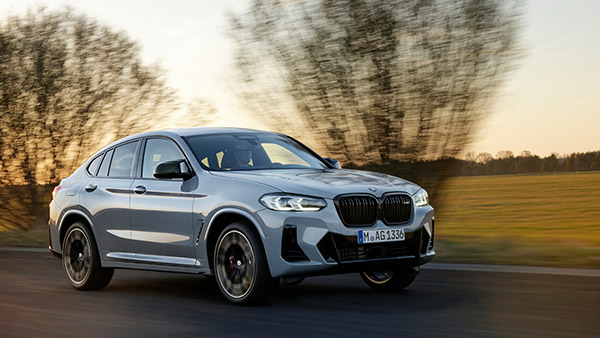 The company has already launched the X4 facelift SUV in the global markets. If media reports are to be believed, the X4 facelift that will be launched in India will be offered with similar design and features found in the global version. As per the information, the X4 facelift is sportier than its predecessor. It can be offered in new attractive paint schemes like Brooklyn Grey, Mineral White and Black Sapphire, along with adaptive LED headlights and new 19-inch alloy wheels.

The interiors of the X4 facelift could get a refreshed cabin like the new X3. The upcoming X4 facelift in India is said to get an upgraded 12.3-inch digital driver display, 12.3-inch infotainment touchscreen with BMW Live Cockpit Professional, panoramic sunroof, heads-up display, three-zone climate control and six color options. Many new features will be given with ambient lighting. It could be made available in Vernasca or Senstech along with a few other interior colors.

The new BMW X4 SUV will be offered in petrol and diesel engine options. In the petrol model, it will be made available in a 2.0-litre, four-cylinder, twin-turbo, petrol engine. This engine generates 248 bhp power and 350 newton meter torque. In the diesel model, it will be powered by a 3.0-litre, six-cylinder engine. This engine produces 282 bhp power and 650 newton meter torque.

Both engines will be mated to a Steptronic Sport automatic transmission. Once launched, the new BMW X4 will rival the Mercedes-Benz GLC Coupe in India. The current BMW X4 price in India is Rs 67.50 lakh (ex-showroom). The X4 facelift is expected to launch at a starting price of Rs 70 lakh (ex-showroom).

The car accelerates from 0-100 km/h in just 7.9 seconds and has a top speed of 213 km/h. Let us inform that the price of 2022 BMW X3 diesel variant has been kept at Rs 65.50 lakh. The company manufactures it at BMW Group’s plant in Chennai and from today it has been made available at dealerships. At the same time, it is already available in two petrol variants.