BMW ran at a speed of 230, said ‘all four will die’ on Facebook Live! Then the car collided, the heart will be shaken after seeing the result 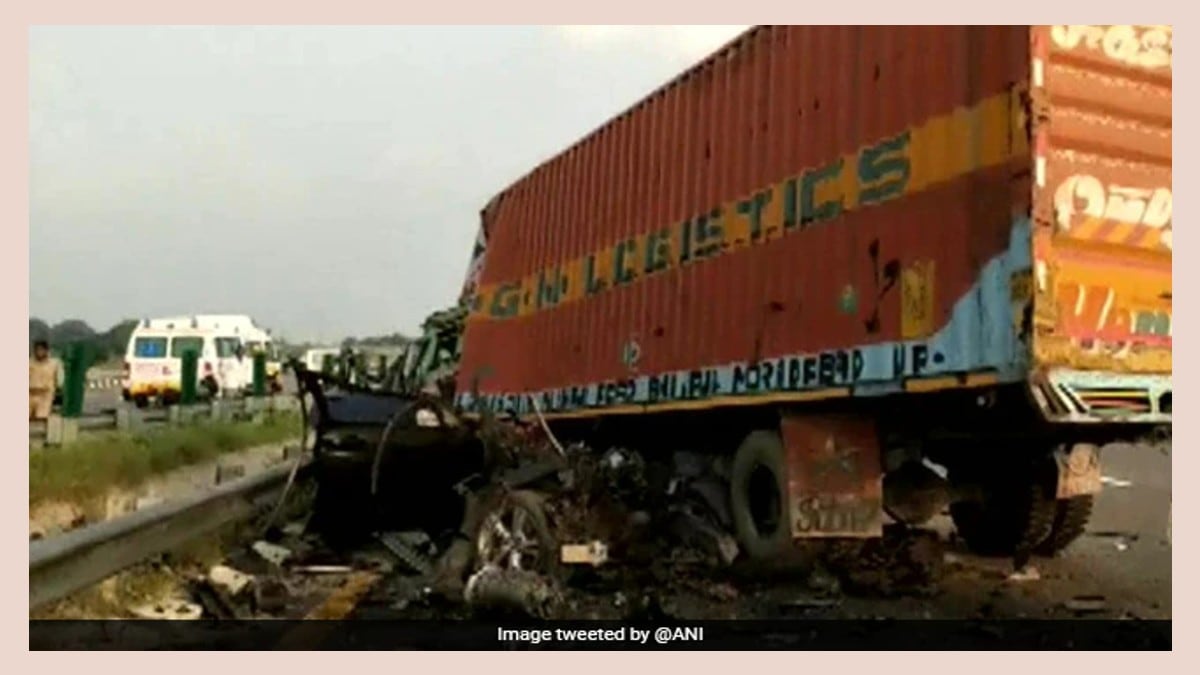 Elders have been saying that one should think a hundred times before taking any word out of his mouth. Sometimes the words that come out of the mouth turn out to be true. One such incident happened with four friends from Bihar. For the son of a doctor and JDU leader, and his friends, driving a BMW at high speed became a deal of life.

On the Purvanchal Expressway, the four friends were taking a BMW car at a speed of 230 kilometers per hour. Along with this, Facebook Live was also run. A voice comes from behind – “And increase the speed, reach 250, all four will die today!” Moments later, the car collided with a container. You can imagine that when a car running at a speed of 230 kmph collides with something, then either the thing in front will not survive, or if the thing in front is heavy then the car will not survive.

UP | Four people have lost their lives in an accident that took place on Purvanchal Expressway in Sultanpur dist. A high-speed BMW car collided with a container coming from the opposite direction. The deceased were residents of Uttarakhand: Ravish Kumar Gupta, DM Sultanpur pic.twitter.com/1Sv08SnG0z

As soon as the car collided, it was blown away. Nothing happened to the container but the car got wrecked. All the four friends died on the spot. The accident took place on the Purvanchal Expressway in Sultanpur, UP on Friday evening. The doctor who lost his life in this horrific accident was Anand Kumar, who was a resident of Dehri in Rohtas district. Apart from being a doctor, his father is also a JDU leader. Anand was accompanied by his uncle’s son-in-law Deepak Kumar, his friends Akhilesh Singh and Bhola Kushwaha in the car. All four people died on the spot.

He had shared the video on Facebook Live before the accident happened. It can be seen in the video that initially the speed of the car is seen to be less than 100. Then someone’s voice comes behind and the driver is asked to run at a speed of 250 kmph. The driver increases the speed to 230 and then the car collides with the container. The accident was so terrible that the bodies were badly mutilated. The pieces of the corpse were carried away in sacks. The people present on the spot were stunned. That is why it is said that the car should always be driven at the proper speed.