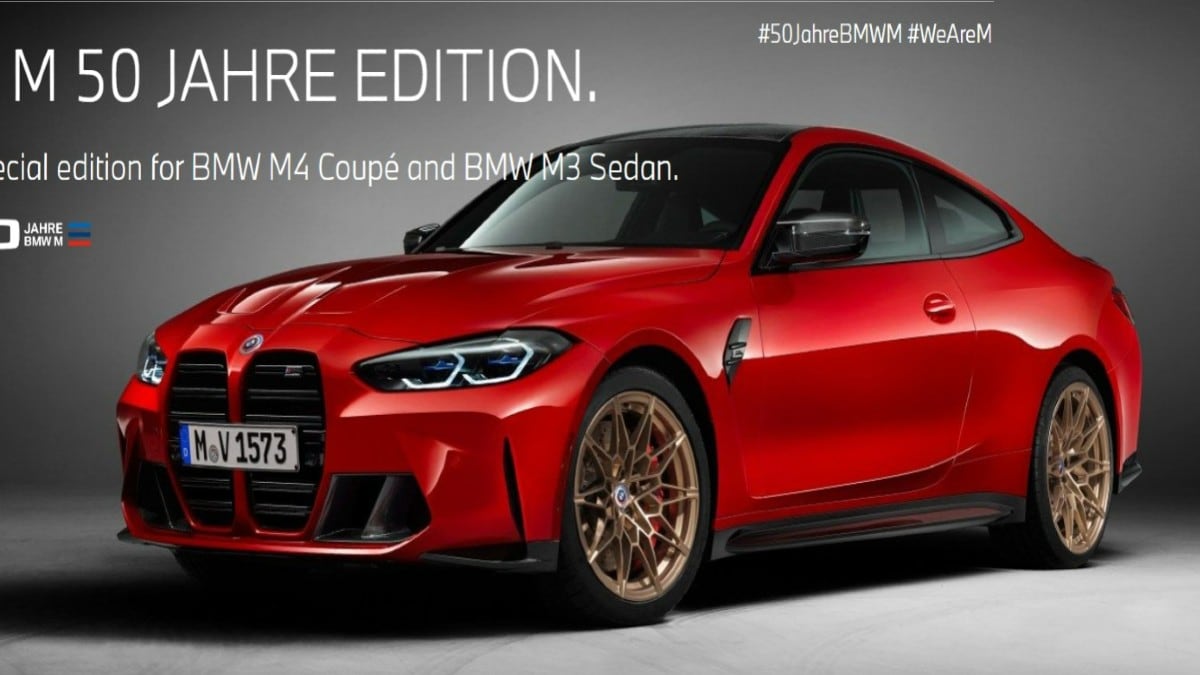 The BMW M5 Competition 50 Jahre M Edition is priced at Rs 1.80 crore in India. The company has launched this model in its brand new Aventurine Red shade. launch has done.

Compared to the M5 Competition Sedan, this new model has been launched in the company’s all-new Aventurine Red. The company has also added a dark tint effect to the headlights and taillights. It gets a gloss black kidney grille, a carbon finished roof and 20-inch black alloy wheels. The wheels are fitted with red colored brake calipers. M Sport exhaust system has also been given in the car. In the M5 Competition 50 Jahre M Edition, the company has given M badges which are present on the front, rear and hub caps. It has a unique design in which there is a semicircle design of blue, violet and red colors.

BMW In this edition of the company, the company has also paid a lot of attention to the interior. It has been given M seat belt, M seat. There are bright logos on the headrest portion of the seat. The car gets soft close doors and a very convenient access system with keyless entry. It has an auto lock system. Apart from this, it has a 12.3-inch digital driver display. It also has an infotainment system. There is also ambient lighting and 16 speaker Harman Kardon sound system. Modern features include wireless support for Apple CarPlay and Android Auto.

BMW M5 Competition 50 Jahre M Edition Powered by 625hp, 750Nm, 4.4L twin turbocharged V8 petrol engine. It has 8-speed torque converter auto transmission feature. As far as the speed of the car is concerned, it can accelerate from 0 to 100 kmph in just 3.3 seconds. For this, the car has been given xDrive all wheel drive system. It has adaptive suspension, that is, it automatically adjusts the suspension in potholes etc. The car has three driving modes – Road, Sports and Track. For more information about this, you can visit the company’s official website You can also visit.