BMW India will launch 19 cars and 5 bikes this year, sales up 41 percent in the first quarter 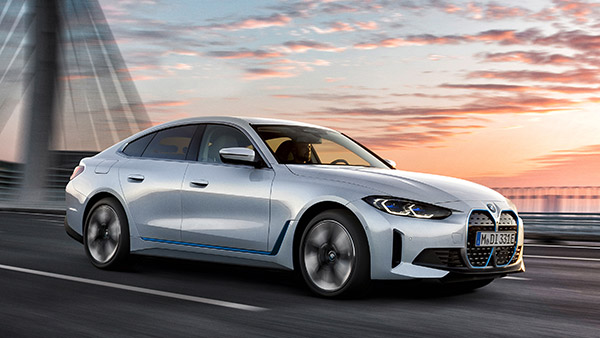 BMW Group India President Vikram Pawah said that the supply of essential equipment has been disrupted due to which the company has not been able to deliver 1,500 cars and 2,500 motorcycles. The company could have achieved double growth in sales if the situation had been normal, he added.

Let us inform that BMW India has increased the price of its selected models by 3.5 percent with effect from April 1, 2022. The company says that due to the ever-increasing raw material prices, the cost has increased, to reduce the impact of which the company has decided to increase the prices. BMW produces cars locally at its Chennai plant in India, while manufacturing parts at its Pune warehouse.

After launching the iX electric SUV in December last year, BMW India is now gearing up to launch its new electric sedan, the BMW i4. BMW has revealed the launch of its upcoming electric sedan in India on April 28. According to the company, the i4 will be launched within the next 6 months. This electric sedan can be launched in India around May or June 2022.

The i4 electric sedan will be the second BMW Electric Vehicle (EV) to be launched in India, and the third EV overall from the BMW Group, after the Mini Electric. It will also be the first electric sedan in the luxury car segment in India.

Globally, the BMW i4 is offered in two variants – the eDrive40 Gran Coupe and the sportier M50 sedan. The company can launch the eDrive40 Gran Coupe in India. Coming to the BMW i4 eDrive40, it comes with an 81.5 kWh battery pack. Its electric motor is capable of producing 330 Bhp of power and 430 Nm of peak torque. BMW claims that the i4 WLTP can offer a range of 483 km on a single charge as per the cycle.