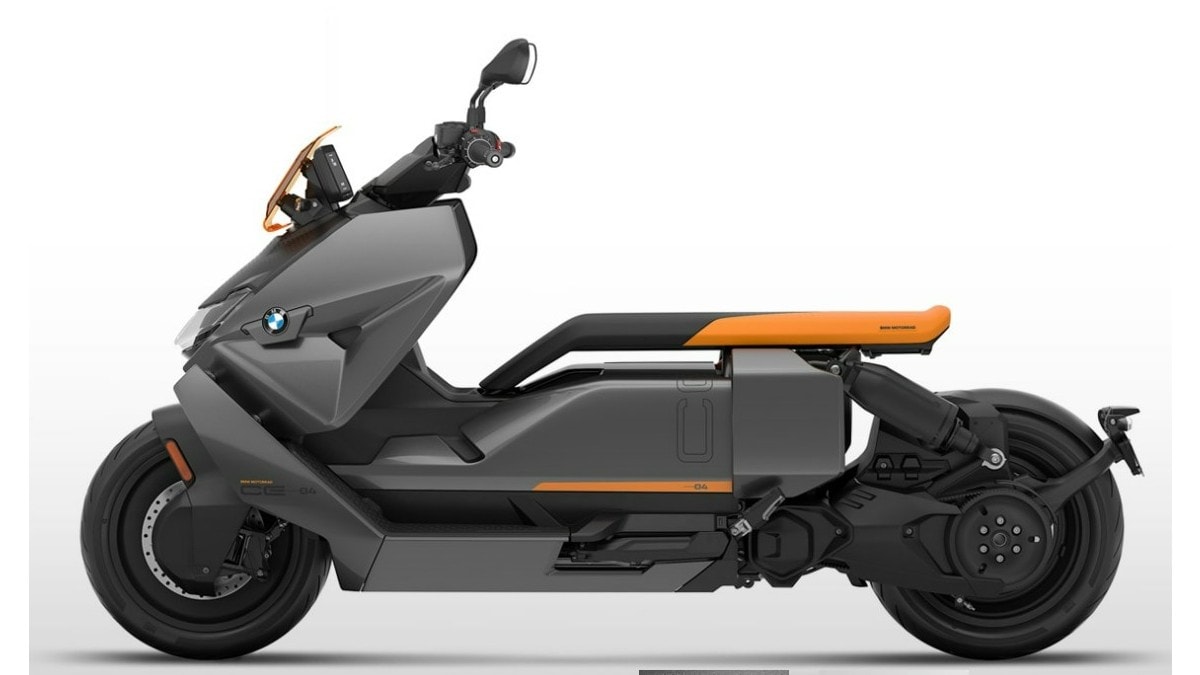 BMW Motorrad’s electric scooter CE-04 is going to be launched in India soon. The company has already released the scooter. It is being said that this will be the most expensive electric scooter available in India. This e-scooter company has introduced in a very luxurious design. It comes with sporty look as well as design elements giving it a classic feel. The rear wheel is exposed and the graphics have been kept to a minimum which gives it a very attractive look. Its ex-showroom price is expected to be around Rs 20 lakh. It gets an 8.9 kWh battery and a range of up to 129 km is being told in a single charge. However, the company has not officially announced its launch date yet.

BMW CE 04 15 inch rear and front wheels have been given in it. It comes with an 8.9kWh battery pack, which is connected to a liquid-cooled electric motor. This system produces at least 20bhp power for the scooter. The maximum power output of the motor is 42 hp and peak torque is 62Nm. It can accelerate from 0-50 kmph in 2.6 seconds and 0-100 kmph in 10 seconds. The top speed of the electric scooter is 120 kmph. Its lithium-ion battery pack offers a range of 129 km on a single charge, as per the World Motorcycle Test Cycle (WMTC) testing programme.

As mentioned earlier, it is a great designed scooter that comes with funky looks. It gets an LED headlamp with a small visor at the front. It has a single seat which is quite long in shape. Foot rests have also been given quite big. The scooter gets a 10.25 inch TFT display. In this, many types of information are visible to the rider during riding. Talking about its other features, it also supports features like Bluetooth support, traction control etc.

It has been given a floating panel and not much burden of graphics has been put in the design. Its rear wheel is exposed. Orange color highlights have been given in the body. The BMW CE 04 was first introduced as a concept in 2017 and its near production model was ready in 2020. After this, its final production-ready model was introduced in July 2021. Mass production is slated to start in late 2021 and finally, this year the electric scooter will be launched in the global market.