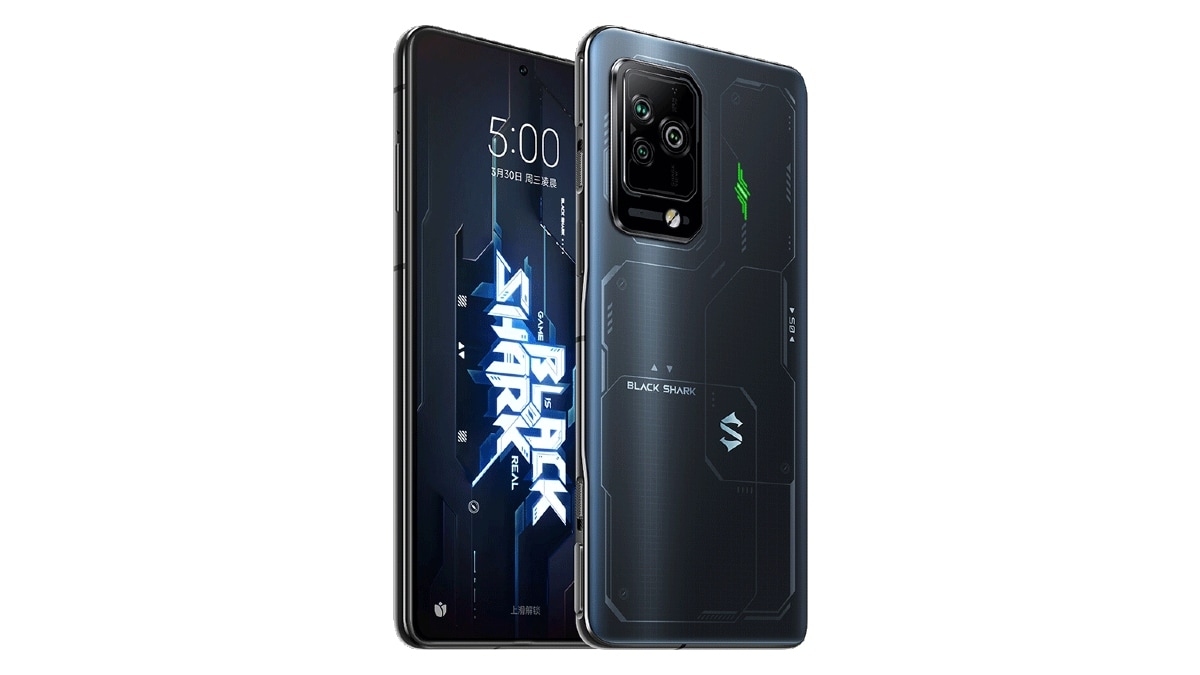 Black Shark 5 series smartphones have been launched in China on 30 March. The lineup includes Black Shark 5, Black Shark 5 RS, and the top-end Black Shark 5 Pro models. These can be pre-ordered in China. The sale of smartphones will start from April 2. Since these are gaming smartphones, the features have also been given keeping gaming in mind. The smartphones in the series have an AMOLED display with 144 Hz refresh rate and 720 Hz touch sampling rate. Apart from this, they have magnetic shoulder buttons, which gives a better gaming experience.

The Vanilla Black Shark 5 sports a 6.67-inch Samsung E4 AMOLED display that is a FullHD+ (2,400×1,080 pixels) panel. It supports a refresh rate of up to 144Hz and comes with a touch sampling rate of 720Hz. The device is powered by Qualcomm Snapdragon 870 SoC paired with Adreno 650 GPU. The phone runs on MIUI based JoyUI 13 OS. It has a triple rear camera with a primary lens of 64 megapixels. It is accompanied by a 13-megapixel ultra-wide camera and a 5-megapixel macro lens. A 16-megapixel selfie camera has been given in the phone. It comes with 4,650mAh battery and 120W fast charging support.

The Black Shark 5 RS flaunts a 6.67-inch Samsung E4 AMOLED display that is a FullHD+ (2,400×1,080 pixels) panel. It has a peak brightness of 1300 nits. The phone has 256 GB of onboard storage. Snapdragon 888 chip has been given in its 8GB RAM variant while Snapdragon 888+ chip is available in 12GB RAM variant. Adreno 660 GPU has been paired with them. Triple lens setup is available in the phone with 64MP main camera. It can shoot videos up to 4K at 60fps. The handset is backed by a 4,500mAh battery and 120W fast charging support.

Snapdragon 8 Gen 1 processor has been given in Black Shark 5 Pro. With which there is a pairing of Adreno 730 GPU. It has a dual vapor chamber so that this phone does not heat up. The Black Shark 5 Pro sports a 6.67-inch Samsung E4 AMOLED display that is a FullHD+ (2,400×1,080 pixels) panel. It supports a refresh rate of up to 144Hz and comes with a touch sampling rate of 720Hz. The main camera in this phone is 108 megapixels. It is accompanied by a 13-megapixel ultrawide lens and a 5-megapixel macro lens. A 16-megapixel camera is available in the phone for selfie. 4,650mAh battery and 120W fast charging support has been provided in the handset.