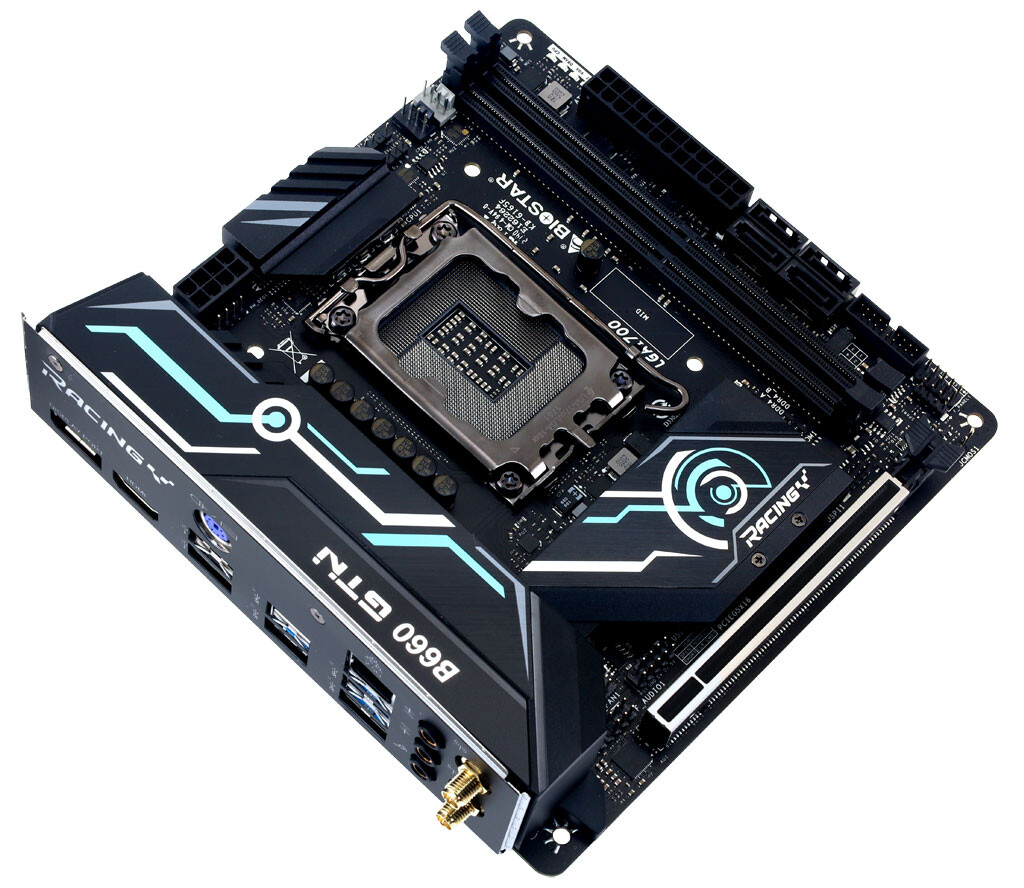 The Biostar catalog has been replenished with the Racing B660GTN motherboard. The mini-ITX form factor board is based on the Intel B660 chipset and supports 12th generation Intel Core processors.

The power subsystem is built according to a nine-phase scheme. It includes highly reliable solid capacitors and chokes. There are two slots next to the CPU socket that can accommodate DDR4 DIMMs up to a total capacity of 64 GB. Modules operating at effective frequencies up to 5000 MHz are supported. The board has one PCIe 5.0 x16 slot. Storage connectivity is provided by an M.2 slot with PCIe 4.0 and SATA 6 Gb / s interfaces and four SATA 6 Gb / s ports.

The board is equipped with a 2.5GbE port, two USB 3.2 Gen1 ports, four USB 3.2 Gen2 ports, and four USB 2.0 ports. The list of video outputs includes HDMI and DisplayPort, and an eight-channel (7.1) sound subsystem on the Realtek ALC1220 codec completes the picture. The board is decked out with Rock Zone RGB lighting controlled by Vivid LED DJ software.