Bike Ride In Winters: Do this work while going by bike in winter, you will be safe in fog and cold 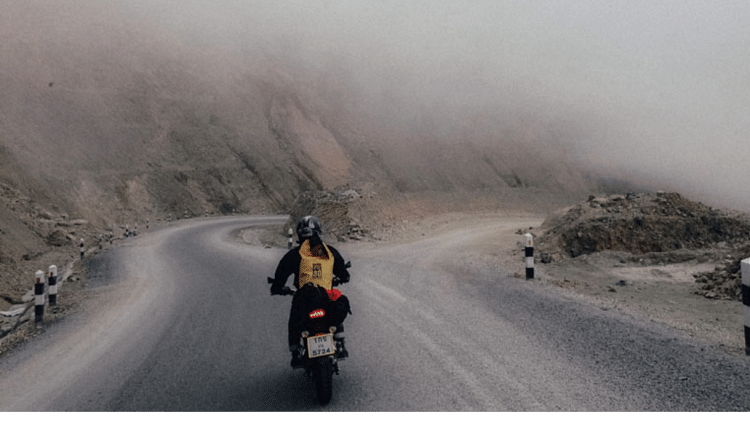 The cold weather has started. The temperature has dropped considerably in entire North India including Delhi. Due to haze in many states, there is difficulty in driving on the roads. If you also travel by bike or scooter in this season, then taking care of some things can be easily protected from cold and fog. In this news, we are telling you that keeping in mind what things can be easily traveled on a two wheeler in cold and foggy weather.

In cold weather, the car driver and co-passengers are locked inside the car and can keep themselves warm with heaters, blowers etc. in the car. But walking by bike or scooter is open all around. In such a situation, the cold and the wind also feel very strong, as well as the problem increases due to mist. So before going out on bike and scooter in this weather, wear three to four layers of warm clothes and jackets. Put on the Body Warmer before putting on pants or jeans. Wear warm socks and good quality shoes. It is advisable to wear a mask to cover the head and mouth with gloves and a muffler for the throat.

In the winter season, when there is fog, the vehicle should never be driven on the high beam. Driving on the high beam causes the light to disappear in the fog, reducing the visibility on the road. The vehicle coming from the front also does not get the information about your presence. So it is always better to drive the vehicle on low beam.

Like a car, safety features like ABS are also offered in the bike. It is very useful in rainy and winter season. The road becomes wet due to the moisture in the winter season. Due to which there is also a risk of slipping of the bike when applying sharp brakes. In such a situation, the bike does not slip when using a vehicle with ABS, which keeps the driver and co-passengers safe.

Bikes do not have two back lights like a car. The tail light of a bike or scooter is also single and small. Due to which it is difficult to see it from a distance during the fog. In this case, use reflective tape on the back of the bike or scooter. Due to this, when the light of the vehicle coming from behind during the fog, then it starts shining, due to which your presence is known and you can stay safe. Apart from putting on a bike or scooter, nowadays such jackets are also available in the market which shine when the light falls. Such a jacket, shoes can also be used in winter.