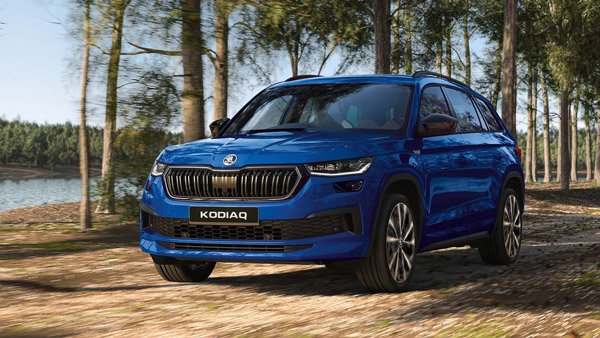 Toyota Fortuner has been at number one, which has managed to maintain its position despite the decline in sales. 811 units of this SUV have been sold in January 2022, which is 30% less than the 1169 units of January 2021. It is worth noting that the share of Fortuner in this segment is 72% i.e. even the new models are not able to give a tough competition to this SUV.

Gloster is in second place, which has registered a big decline in sales. 143 units of this SUV have been sold in January 2022, which is 69% less than 475 units in January 2021. At the same time, an increase of 32% has been registered against 108 units of December 2021. It is one of the most advanced SUVs of the company but despite this the sales have not reached the level it was desired.

Skoda’s Kodiaq is in third place, registering a growth of 105% against 55 units of this SUV in December 2021. This SUV of the company is getting a great response in the market, the new Skoda Kodiaq was launched in India on January 10 this year and all the units of this car have been sold within just 20 days. The company’s Indian director Jack Hollis said in a Twitter post that all units of the new Kodiaq SUV for the new 2022 are completely sold out.

According to the information, Skoda has sold 1,200 units of the new Kodiaq SUV. The second generation Skoda Kodiaq was launched in India at a price of Rs 34.99 lakh (ex-showroom). It is being brought to India as a Completely Built Unit (CBU). The new Kodiaq is already being sold in the global markets.

This is followed by Hyundai’s Tucson, 48 units of this SUV were sold in January 2022 which is 61% less than the 125 units in January 2021. At the same time, an increase of 37% has been registered against 35 units of December 2021. On the other hand, a luxurious SUV like Alturas has not been able to open its account, not a single unit can be sold even after continuous discounts.

In January 2022, 1115 units of vehicles have been sold in this segment, which is 52% lower than last January’s 2324 units, while 45% less than 2043 units in December 2021. With the introduction of new models in this segment, the minds of the customers are increasing and are turning to other segments. However, not many car makers are entering this segment at all.

Apart from this, customers are giving preference to 6/7 seater MPV, due to which many companies have entered this segment in the last year itself and soon more automakers are going to bring new models in it. With the introduction of new models to revamp the big SUV segment, attention will also have to be paid to the price so that more and more can be attracted towards it.

The Fortuner still holds the first position and no new SUV has been able to compete with it. The big reason for this is the constant updating of Fortuner, due to which customers also like it.