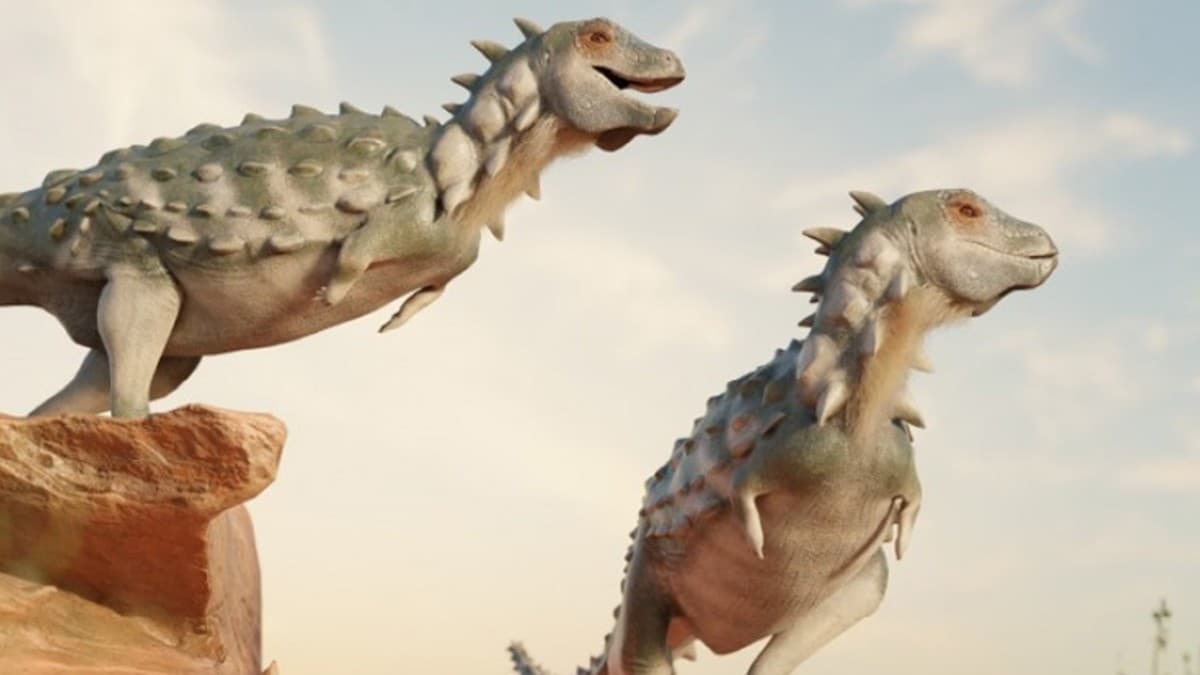 On hearing the name of dinosaur, a giant creature comes to mind. Hollywood movies have made him cruel and dangerous too. The existence of dinosaurs from the earth has ended millions of years ago, but their fossils have been found in many countries of the world. The American continent has been the richest in this respect. Now the fossils of small spiny dinosaurs have been found in South America. This is a great achievement for science, because it can reveal a complete lineage of these dinosaurs, from which the world has been unknown till now. The newly discovered species, Jakapil kaniukura, looks very similar to the dinosaur species Ankylosaurus or Stegosaurus. They are believed to have existed in the final period of dinosaurs between 97 million and 94 million years old.

recent Study It is told that scientists have discovered small and spiny dinosaurs. It lived in the Southern Hemisphere, but was not known to date. Jackpil Kaniyukura must have been about 5 feet and weighed almost as much as a domestic cat. They had a protective spine from neck to tail, which acted as armor for dinosaurs. They ate plants and their teeth were similar to those of Stegosaurus.

Paleontologists from the Felix de Azara Natural History Foundation in Argentina have discovered part of the skeleton of a young jackapil Kaniukura in the province of Rio Negro in northern Patagonia. It is said that dinosaurs probably had a small beak, which was very powerful and gave them the power to bite. Experts say that with the help of their beaks, these dinosaurs may have eaten hard woody plants.

This discovered dinosaur is believed to belong to a class of dinosaurs named Thyrophora. Most thyrophoran dinosaurs are known from the Northern Hemisphere. The earliest fossils of this group have been found in rocks from North America and Europe, dating back to the Jurassic period, between about 201 million years ago and 163 million years ago. The discovery of these small dinosaurs will help science to understand about that period.