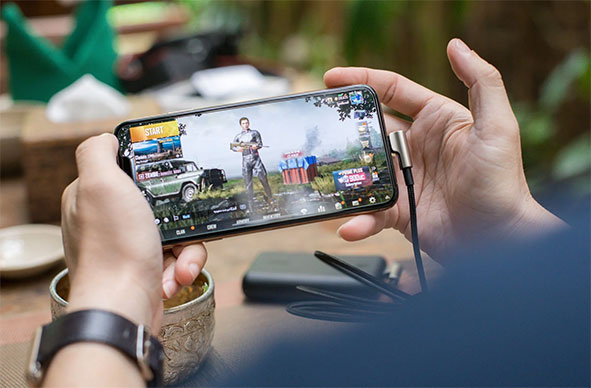 BGMI banned in India: After PUBG Mobile, now its desi version i.e. BGMI has also been banned in India. This game has millions of downloads. Come, know the full story of this game from ‘Uday’ to ‘Aast’.

After PUBG Mobile , its native version BGMI (Battlegrounds Mobile India) has also been banned in India. On July 28, the Indian government instructed to remove this battle royale game from the Google Play Store and iOS store, after which the game was removed from both the platforms. BGMI was launched in July last year. Within just a year, this has been banned by the South Korean company Krafton, which makes PUBG Mobile. Come, know how BGMI was born after PUBG Mobile was banned in India and why it was banned?

Players playing PUBG Mobile were eagerly waiting for this game. One and a half months after the ban of PUBG Mobile, the first news about its return comes. PUBG Corporation takes out a vacancy for Associate Manager in India on LinkedIn, after which speculations start that this battle royale game will be relaunched. However, no official information was shared by the company regarding this. Tencent removed the server of this game from India a few days later i.e. on 30 October. After which the access to this game ended completely in India.

For the first time, PUBG Corporation’s subsidiary Krafton officially announced the relaunch of this battle royale game. The company was preparing to launch it under the name of PUBG Battlegrounds Mobile India. For this, a Facebook page has also been created, in which the poster of the game was accompanied by diyas, from which it seemed that the company would launch the game on Diwali.

The company told in its press release that the new version of PUBG Mobile will be specially developed for Indian users. Users’ data and servers etc. will be setup in India itself. This will eliminate the possibility of storing data of Indian users outside. However, the company was yet to get permission from the government to relaunch the game. For the next three months, there were many reports of the relaunch of this game, but the wait of the gamers was not over.

Once again a new report of PUBG Mobile’s relaunch in India comes out, in which two YouTubers named GodNixon aka Luv Sharma and TSM Ghatak claimed the return of PUBG Mobile India in India. After the claims of YouTubers, the news of the launch of the game once again started coming. A few days later, the company teased this game in the name of Battlegrounds Mobile India. The new Krafton teaser teased BGMI with the flag of India, indicating that the game will only be available for Indian users.

The pre-registration for BGMI i.e. Battlegrounds Mobile India began on May 23, 2021, after which the game’s return to India was confirmed. As soon as the pre-registration started, there was a demand to ban it again. Arunachal Pradesh MLA Ninong Ering wrote a letter to Prime Minister Narendra Modi demanding the ban of Battlegrounds Mobile India in India. The legislator alleged that Crafton had bypassed Indian law in launching the new game.

Krafton released the video teaser of BGMI, in which the game developer showed the hill climbing vehicle used in PUBG Mobile. This made it clear that users will get the features of PUBG Mobile in BGMI. As soon as the pre-registration started, this game got more than 76 lakh pre-registrations on Google Play Store, due to which the craze of the game among the players could be understood.

The beta version of BGMI went live for Android users. Players who pre-registered for the game got the beta version of the game available to download. However, later Krafton released its open beta, that is, anyone could download the game and play the beta version. During this, reports were also coming out that the company will release this game officially on July 2022.

The wait for PUBG Mobile is finally over on this day. Krafton released the Indian version of this game i.e. BGMI for Android users on July 2. Players playing PUBG could transfer all the data including the ranking of their old game to this game. The company had given players till 30 December 2021 for this. Users could transfer their PUBG Mobile’s username, gamer tag etc. to its Indian version.

In just a few hours after the launch of the game, the download of this game has crossed 10 million. On July 18, 2021, Krafton also released this game for iOS users. That is, PUBG players could now play this game on all smartphones. There was no difference in the game-play of PUBG Mobile and BGMI. Apart from the native version’s maps and color combinations, there was no difference between the two games. In the monsoon session of Parliament, there was a demand to ban the indigenous version of PUBG Mobile, BGMI, after which the government decided to ban the game.