Better late than never: Crew-4 crew successfully returned from the ISS to Earth 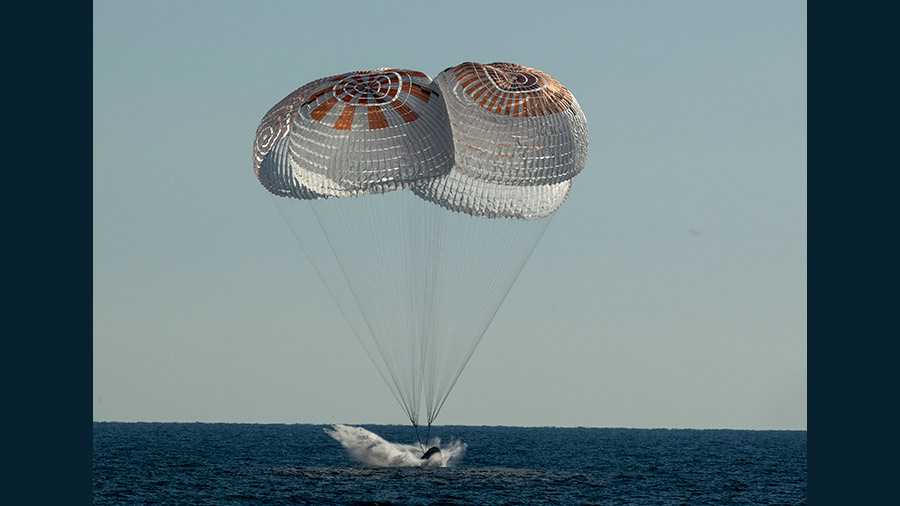 The National Aeronautics and Space Administration (NASA) and SpaceX reported on the successful return of Crew-4 astronauts from the International Space Station to Earth.

As a result, SpaceX’s Crew Dragon manned spacecraft undocked automatically from the ISS at 19:05 Moscow time on October 14. The undock was further delayed by an hour to correct the position of the ISS hatch relative to the Crew Dragon. The descent capsule splashed down at 23:55 Moscow time off the coast of Florida.

The Crew-4 crew includes NASA astronauts Chell Lindgren, Robert Hines and Jessica Watkins, and European Space Agency astronaut Samantha Cristoforetti. They spent almost half a year on board the ISS (170 days in total), leaving the Earth on April 27, 2022.