Best Selling MPV Car: The price is yet to be announced, but this car is getting great response from customers. According to a report, the weighting period on the car can go up to six months in ( January after launch.)

Toyota Innova Hycross Booking: Japan’s automaker Toyota ( Toyota) introduced its Innova Hycross MPV in India on 25 November. The price is yet to be announced, but this car is getting great response from customers. Booking for Innova Hycross has already started and delivery will start in January. In such a situation, customers fiercely booked this MPV without knowing the price. According to a report, the weighting period on the car can go up to six months in ( January after launch.

Highest booking on these variants
Toyota Innova comes in a total of five variants – G, GX, VX, ZX, and ZX( O). Reportedly, both ZX and ZX ( O) – top-spec trims are getting the most bookings. The major reason is that the mileage of this MPV for these trims is up to 21.1 kmpl. They are given a 2.0-liter petrol engine with 186hp power, which comes with a Strong Hybrid.

In addition, the ZX variants feature panoramic sunroof and weightinlet front seats. At the same time, the low-booking G, GX and VX variants are either 7 or 8-seater, while ZX and ZX ( O) come as just 8-seater. Strong hybrids are not available in them. 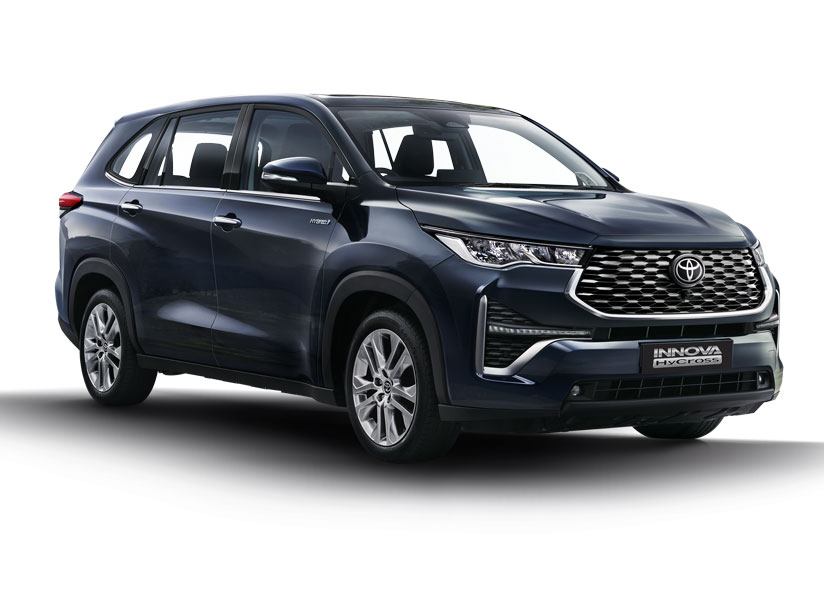 What is the potential price
Toyota Innova High Cross is believed to cost between 22 lakhs to 30 lakh rupees. It will compete with cars like Mahindra XUV 700 and Tata Safari.