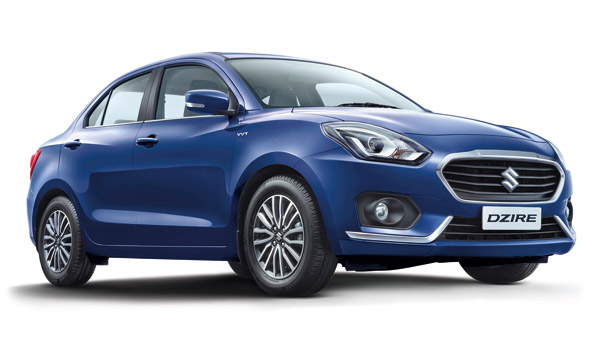 Maruti’s premium hatchback Baleno in the first place has been sold with 18,418 units sold in August 2022 which is an increase of 18% as compared to 15,646 last August. In the month of August, it has received a lot of love from the customers, due to which it has managed to make its place in the first place. This is a great figure for the company as well, it is sold through Naxa dealerships.

The car has sold 18,398 units in August 2022, an increase of 91% as compared to 9628 in the previous August, due to which it has been able to remain at number two in sales which shows its craze. WagonR had consistently remained at the first position but in August finished second. Even in the month of August, it has slipped from the first position.

Brezza has come straight to number three after being brought in the new avatar. 15,193 units of Brezza have been sold in the month of August which is 18% better than last year’s 12,906 units. After a long time, the Brezza has managed to make it to the top 5, due to the old model there was a decline in sales but now its sales are going to improve continuously.

Tata Motors’ Nexon SUV has been at number four with 15,085 units sold in August 2022, which is 51% more than 10,006 last August. The company constantly brings it with new updates, due to which it gets a great response from the customers. Nexon is running at number one in the company’s sales, its electric version is also in good demand.

The new K10 model of Alto has been brought recently, due to which its sales have also improved. In August 2022, 14,388 units of Maruti Alto were sold which is an increase of 9% as compared to 13,236 in the previous August. The Alto has been brought in a completely new avatar, along with the sales of the old model are also continuing, due to which the sales have been better.

There is a steady decline in the sales of this SUV, but despite this, it has managed to make a place in the top 10 list. It has sold 12,577 units in August 2022, which has remained the same as compared to 12,597 units in the previous August. The company brought it in a new avatar and it continues to dominate the mid-size SUV segment.

Tata Motors’ small SUV Punch has managed to break into the top 10 with the highest number of units sold so far last month. It has sold 12,006 units in the month of August 2022 and this is great news for Tata Motors. This is the second model of the company which is continuously crossing the 10,000 sales mark.

The demand for this van of the company continues to be good and it has been ranked eighth, leaving behind passenger vehicles as well. Eeco has sold 11,999 units in the month of August 2022, which is 12% higher than 10,666 units in August 2021. Maruti Eeco has also been made available in CNG avatar and it is getting good response.

It is followed by compact sedan DZire with 11,868 units sold in August 2022 which is a 108% increase as compared to 5714 last August. In the month of August, it has received a lot of love from the customers, due to which it has managed to make its place in the top 10 with almost double sales growth. This is also a great figure for the company.

It has sold 11,275 units in August 2022, which is a decrease of 10% as compared to 12,483 in the previous August. Swift remained in five places long back but in the month of August there has been a big drop. Because of this, it has been in the tenth place in the month of August. The company has not updated it for a long time but still it is getting great response.