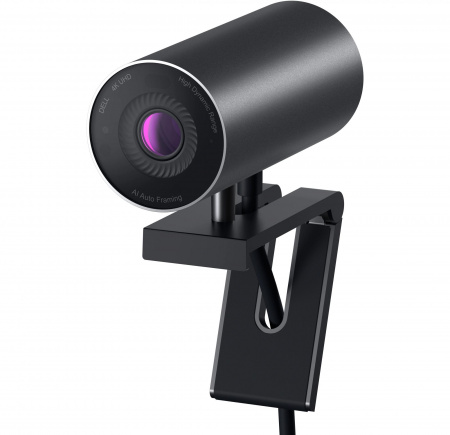 There are still not many models on the market with high-resolution 4K (aka Ultra HD) recording. However, it is these webcams that are best suited for recording large online conferences, lectures and webinars with a large number of participants. We have selected the best models in terms of price and quality that can be found on sale.
BEST 4K WEBCAMS: ZOOM PICKS

Modern webcams usually have HD (720p) or Full HD (1080p) resolution. Models that record in 4K are not so common on sale and belong to the upper price segment: as a rule, their cost starts from 15-20 thousand rubles.

4K cameras for live broadcasts are great when you need to shoot a large number of people at the same time, for example, when recording online lectures in a spacious auditorium; during a large-scale conference with a large number of participants or when shooting paid webinars (quality is especially important for such video products).

Note that to view content in 4K, you will need an appropriate display. Fortunately, most modern TVs, even budget ones, already support this resolution, not to mention professional equipment for meeting rooms and classrooms.

The manufacturer positions the Logitech VC Brio Ultra HD Pro webcam as a professional-level device – it can be safely used in conference rooms to record presentations or important negotiations. Separately, we note that the model is certified for Skype for Business and Microsoft Teams , and is also compatible with other popular video conferencing (VC) applications: BlueJeans , Cisco Webex , Fuze , Google Meet , GoTo Meeting , Lifesize Cloud , Pexip , RingCentral Video, Vidyo and Zoom. The camera also supports face recognition and is compatible with Windows Hello, so you can use it to unlock your computer. 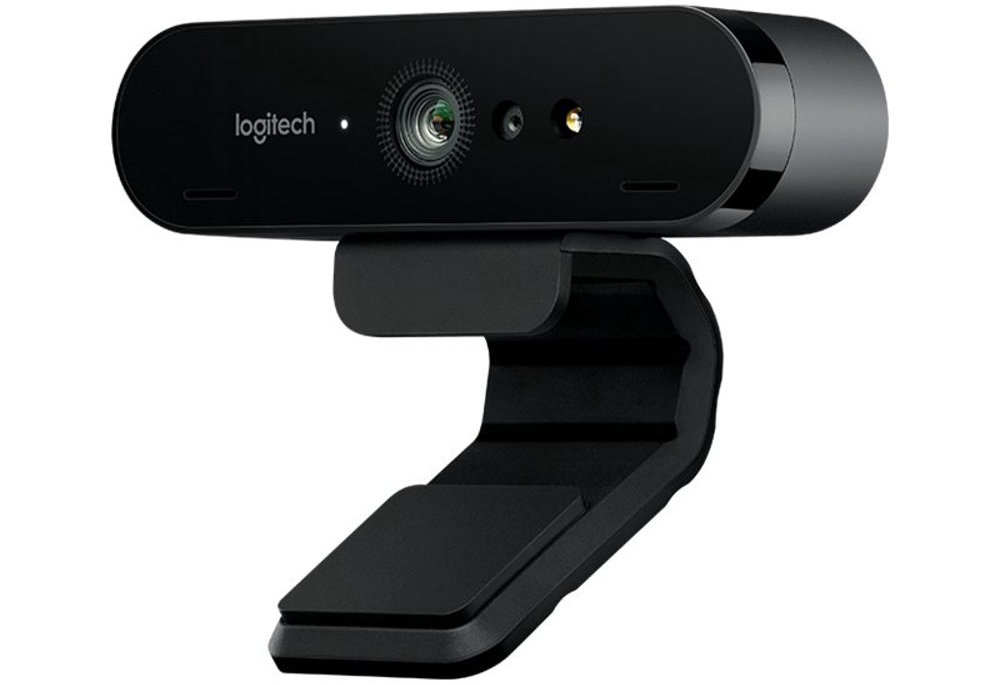 Logitech Brio shoots in 4K at 30fps or Full HD at up to 60fps. The maximum refresh rate (90 fps) is achieved when recording in HD (720p). The camera supports HDR and proprietary RightLight 3 technology , which allows you to transfer a clear image with high contrast and the right colors, regardless of lighting conditions.

The viewing angle is adjustable within 65-90 ° – it can be changed depending on the number of people and objects in the frame. During recording, autofocus works to ensure that the faces of the speakers always remain clear. The webcam is also equipped with two omnidirectional noise-canceling microphones that pick up sound at a distance of up to 1 m. When using the device in a spacious auditorium, we recommend that you purchase an additional speakerphone .

You can customize the device through the Logi Tune application : scale the image and correct colors, change manual focus settings or update the firmware. Logitech VC Brio Ultra HD Pro costs an average of 17,000 rubles.

The webcam from Taiwanese manufacturer A4Tech is now available for $10,000 to $15,000, which is a pretty good deal for a 4K resolution model. However, it also supports many useful features. So, there are built-in microphones with noise reduction and fast autofocus that follows the faces of the speakers. 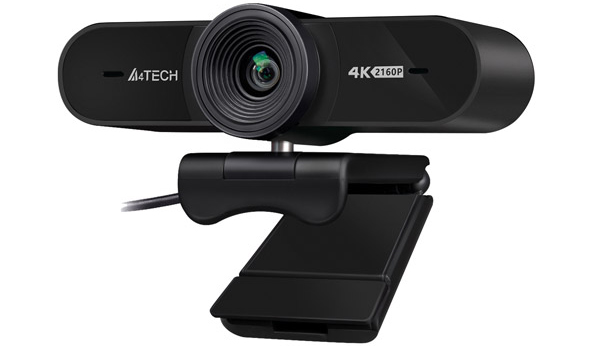 To connect the camera does not need to install drivers – it is immediately ready for use. The model is compatible with all modern operating systems: Windows, MacOS , Linux , Chrome and Android . You can record in both 4K and lower resolutions: 1080p (FHD) and 720p (HD). All videos are recorded at 30 frames per second. The maximum viewing angle is as much as 95° – great for video conferencing with multiple participants. The camera can also be rotated 360° horizontally and 45° vertically.

The lens is protected from dust and scratches, which allows you to keep clear recordings without visual interference. And the base-clip is covered with a double layer of silicone so as not to leave marks on the screen of the connected computer. The A4Tech webcam can also be used with a 1/4″ screw tripod.

Company Yealink – one of the largest manufacturers of equipment for IP-telephony and video conferencing, in the range which also has a webcam with a resolution of 4K. As the name suggests, the Yealink UVC30 Desktop model is designed for desktop use and mounts on a PC or laptop monitor using a foldable arm. 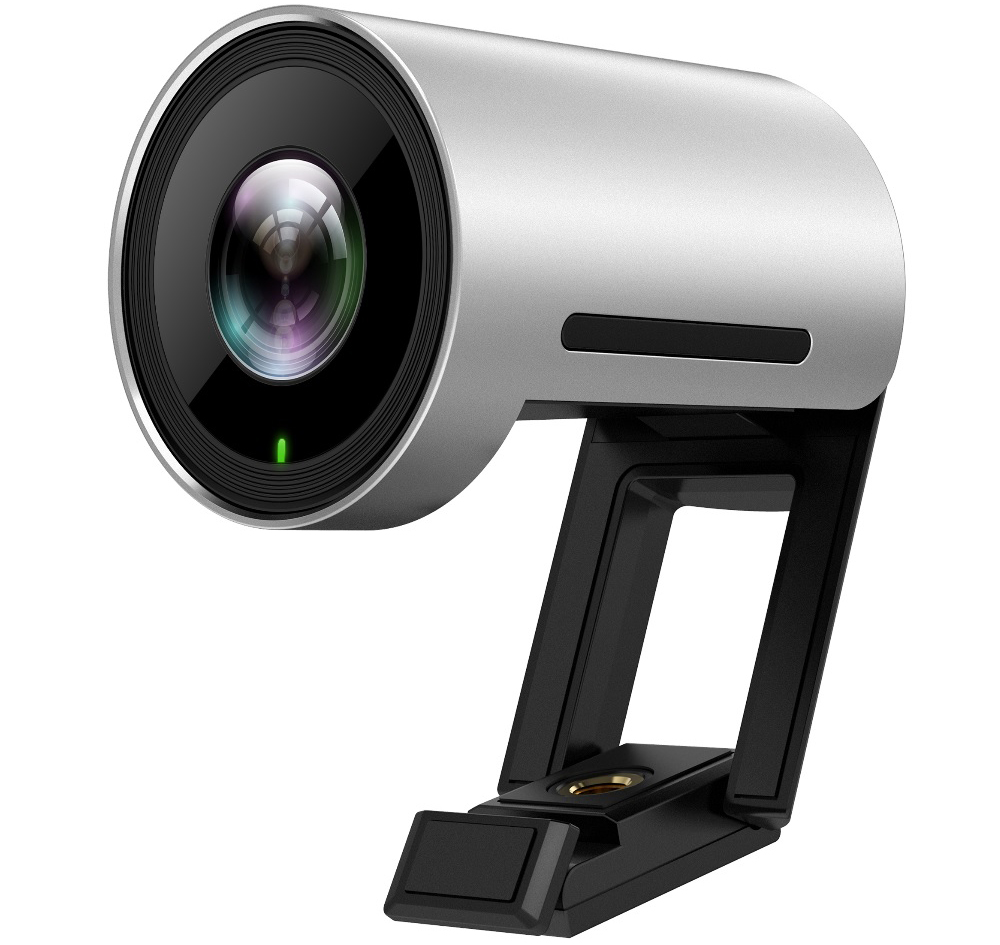 The camera is compatible with Windows Hello and is certified for Microsoft Teams and Zoom. In addition, the device supports UVC1.1/1.5 standard, making it convenient to use with other popular UC platforms.

As with other models in our review, the maximum recording resolution is 4K at 30 fps. In Full HD and HD, you can shoot at 60 frames per second. The webcam automatically recognizes people in the frame, supports auto-framing and digital 3x zoom. The lens can be rotated and tilted. The viewing angle here is a record wide – 120 °, so even a large audience or conference room will fit into the frame. Also, the model has a built-in microphone that captures sounds within a radius of 2 m from the camera. The cost of Yealink UVC30 Desktop is an average of 26,000 rubles.

In the summer of 2021, Dell also introduced a 4K webcam . The model is called UltraSharp , which also hints at the high quality of video recording. The camera received a CMOS-matrix manufactured by Sony Starvis with a resolution of 8.3 megapixels. Like other similar devices, it shoots in 4K at 30 fps or Full HD / HD at 60 fps.

The device provides a five-fold digital zoom and is equipped with an auto framing function, thanks to which the speaker’s face will always be in the center of the frame. Dell UltraSharp Webcam also supports HDR and automatically adjusts the brightness and color of the picture depending on the lighting conditions. Shooting angle adjustable: 65, 78 or 90°.

The camera is certified for Microsoft Teams and Zoom and also works with Windows Hello. With the ExpressSign-in feature, the device recognizes that the user has moved away from the screen and automatically locks the computer. As aggregators of online stores show, the price of Dell UltraSharp Webcam ranges from 16-20 thousand rubles, depending on the seller.

Taiwanese company AverMedia also offers its 4K webcast camera. The manufacturer positions it as a solution for streaming, so it is compatible with popular software for this purpose, such as OBS and RECentral. 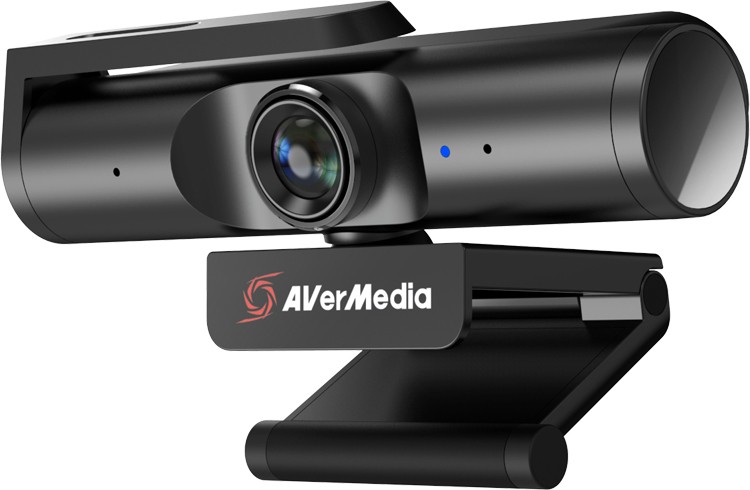 The diagonal viewing angle is 94° – in general, this is the average value among the webcams described in our review. The shooting direction can be changed using the rotary arm, turning the camera 360°. Also note that the lens is equipped with a shutter for additional privacy protection.

The model is compatible with computers based on Windows and macOS (but CamEngine does not work on Mac , only CamEngine Lite). With Plug-and-Play USB 3.0 technology, the camera is ready to work without any driver installation – just plug it into the USB connector and turn on the application for video conferencing or streaming. You can also use USB 2.0, but then 4K video transfer will not be possible. The average price of Aver Media Live Streamer CAM 513 is 15,000 rubles.