Before buying a Maruti Suzuki car, read this news, the company has 3.87 lakh orders pending 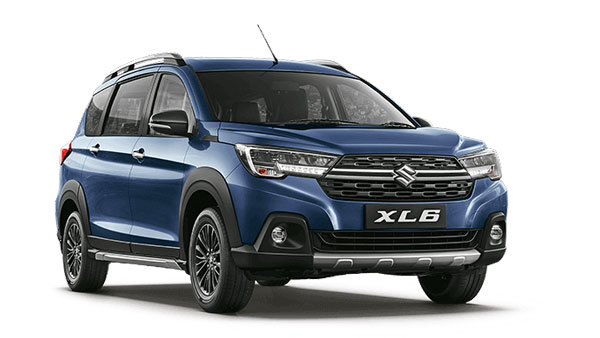 Recently Shashank Srivastava, Senior Marketing Officer (Marketing & Sales), Maruti Suzuki India said that the new Brezza has received 90,000 bookings out of which 70,000 orders are pending. The company is aiming to increase its production to 10,000 units/month. On the other hand, the Grand Vitara has received 40,000 bookings but its delivery is going to start from September.

Along with this, he told that there is also a waiting period on the new Ertiga, XL6 and Baleno. The company’s premium hatchback Baleno has 38,000 pending orders. At the same time, there is a long wait for CNG vehicles and CNG vehicles account for 33% of the total pending orders i.e. about 126,000 units.

Regarding the increase in the repo rate of the Reserve Bank, Shashank Srivastava said that it has not affected the passenger vehicle market. However, he said that the problem of semiconductor shortage will be over and production will return to normal, then the real picture will come out. Auto markets around the world, including India, are grappling with the chip problem.

One of the reasons for the more pending orders also said that since the start of the Kovid epidemic, there has been a problem with the chip but now it is slowly getting better. There is a new update every week according to which the production target is fixed but till now the production is not 100% normal. However, it has been confirmed that this month’s production of Maruti Suzuki is not going to be 100%.

A senior Maruti Suzuki official had informed that the company has produced 51,000 units less vehicles in the June quarter, compared to 4,67,931 units produced in the previous quarter. Because of this, there is a problem in the planning of production. Ajay Seth, CFO, Maruti Suzuki, said that due to lack of electronic equipment, our production is being limited.

The company has not been able to produce 51,000 units of the vehicle in this quarter. In such a situation, due to limited availability of electronic equipment, there is a problem in planning the production. The supply position of the electronic equipment still remains uncertain. Seth had informed that the company’s supply chain, engineering, production and sales teams are working towards maximizing production with the available semiconductors.

Maruti Suzuki cars are getting a great response but the company has failed to meet the demand due to which the pending orders have become huge. However, the company is not able to produce as per the capacity and the reason for this is the shortage of semiconductors.