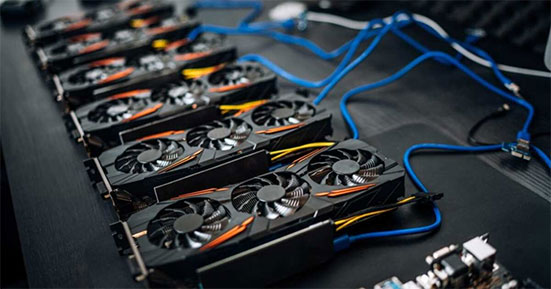 Another reason for the crisis and high prices for graphics accelerators is self-isolation and the transition to a remote work format. As a result, people are buying more laptops. In addition, in the fall of 2020, new devices appeared on the market – video cards and game consoles. As a result, people who were still within the four walls began to purchase video cards and PlayStation 5. At the same time, NVidia and AMD did not seek to satisfy such a great demand. Why? The reason was that the microchip company TSMC simply could not create that many models: the demand was too great. By the end of 2020, not only AMD, Apple, Nvidia, but also Sony and Microsoft products were purchased from her.

Also, miners have now begun to operate again. That is, while ordinary gamers are waiting for pre-ordered 3080 models, they are buying many models at the highest prices.

So who is really to blame for the crisis? The author immediately emphasized that the currently observed increase in prices for video cards is definitely not a conspiracy of manufacturers. The main reason for the high cost of these devices is logistics and the fact that dozens of companies are involved in the production process.

When will the crisis end? Lisa Su argued in the summer that she would have to wait at least until the first quarter of 2022, or even until the summer. And now everything is really developing in a similar way.

According to the author, the end of the crisis will come in the first half of 2022. What should users do now? In general, there are only two options: wait for changes for the better, or buy a video card right now, but with an overpayment.