Beauty as Xiaomi sees it. The company first showed Xiaomi Civi 2 in its entirety 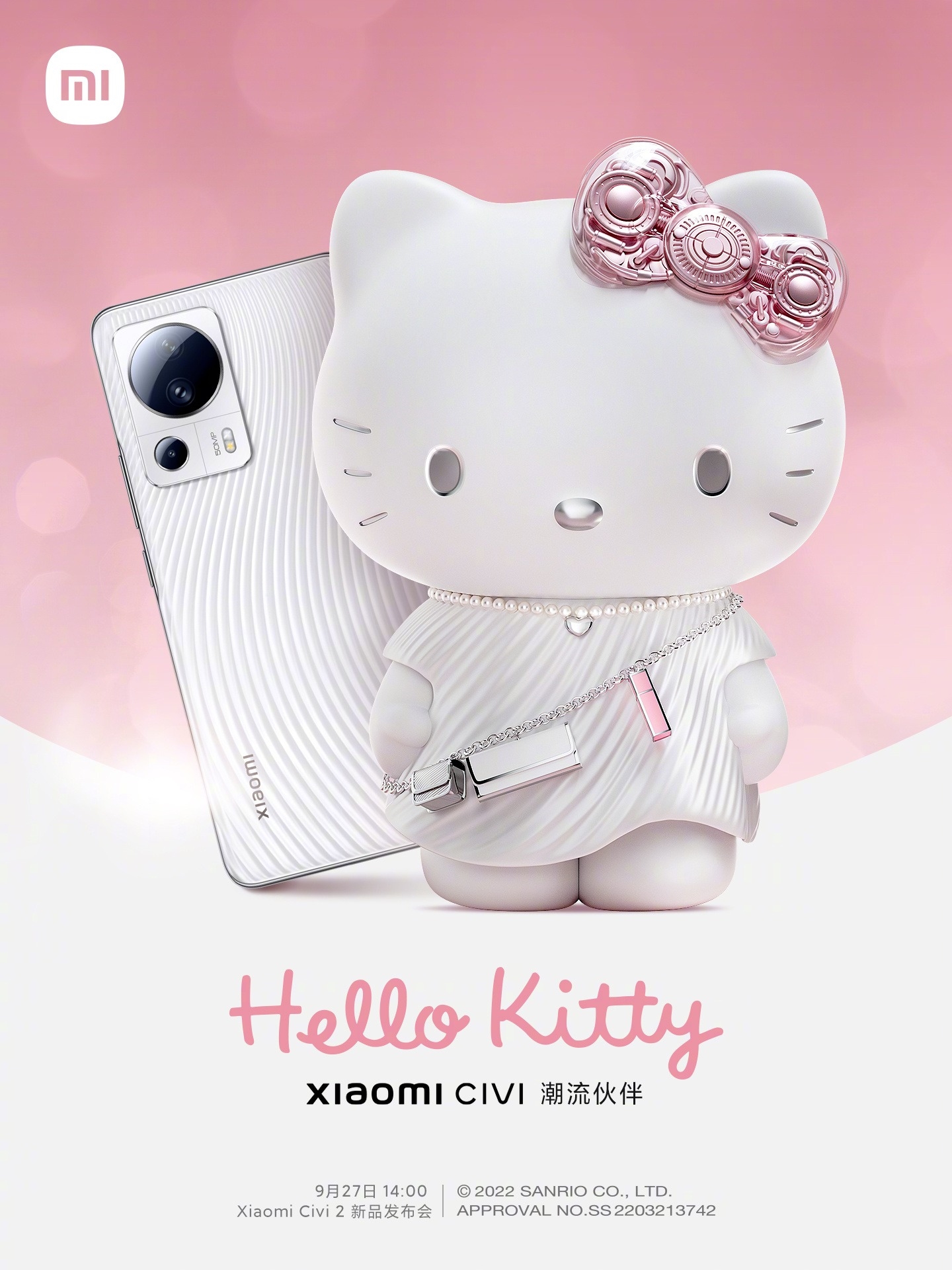 Xiaomi continues to stir up public interest in the new smartphone Xiaomi Civi 2, which will be presented next week.

After publication of the first teaser the company published a photo showing Xiaomi Civi 2 in its entirety. In addition, Xiaomi has announced a partnership with the Hello Kitty brand. A special version will be released for fans, complete with a figurine of this character.

However, we are more interested in the design of the smartphone, in particular, the camera, which has two image sensors in the main unit and an additional third module just below. There will be no periscope camera. It can be seen that the main image sensor will have a resolution of 50 megapixels. Presumably, we are talking about Sony IMX707 or IMX766.