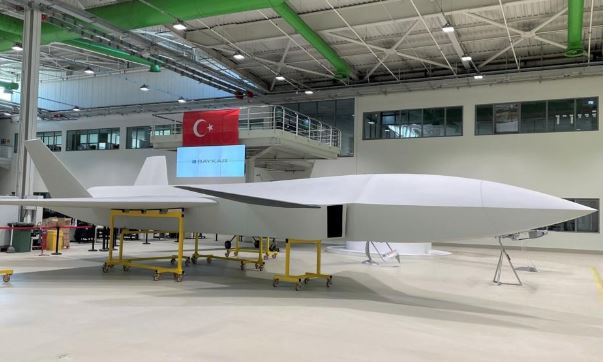 Baykar Makina, manufacturer of the well-known Bayraktar drones, unveiled a completely new model, the Bayraktar Kizilelma, at the Teknofest aerospace festival that opened on Tuesday in Samsun on the Black Sea coast of Turkey. This is an attack supersonic drone.

Bayraktar Kizilelma is a supersonic carrier-based UAV created as part of the MIUS combat unmanned aerial system project. It can be equipped with the Ukrainian AI-322F engine (the first flight was made with it), as well as the Turkish TF-6000.

The head of the company, Haluk Bayraktar, previously reported that the new drone is planned to be produced at a plant that Baykar Makina is going to build in Ukraine. The assembly of the Bayraktar TB2 and Bayraktar Akinci drones, which have already become widely known, is also scheduled there.

Baykar Makina started assembling the Bayraktar Kizilelma prototype in March this year. The takeoff weight of the UAV is about 6 tons, of which almost 2 tons is the payload. The drone can stay in the air for 5-6 hours at an altitude of 12 km. The flight range, according to the manufacturer, is not limited due to the ability to work with the SATCOM data network.

As for the AI-322F engine, it was originally designed for modern supersonic combat training aircraft, training and light combat aircraft with moderate supersonic speeds (up to Mach 1.6). But since the drone is much lighter than training aircraft, the maximum speed of Bayraktar Kizilelma is probably higher. For comparison, the maximum speed of the Bayraktar TB2 is 220 km / h, and the control radius from the ground station is only 150 km.