Battery swapping will reduce the risk of fire in the battery of electric vehicles, know how this technology works 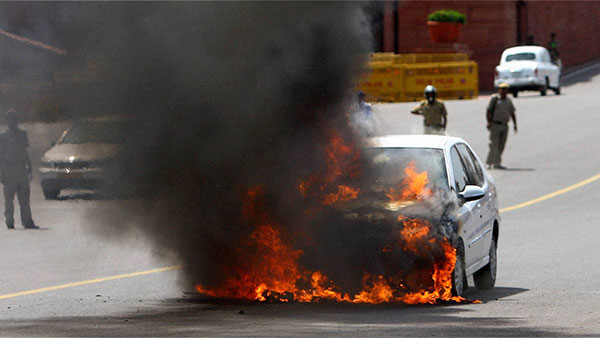 What is Battery Swapping Technology?

Battery swapping can reduce the risk of fire

Actually, while charging the battery of an electric vehicle, its temperature rises. Driving a vehicle after the battery is charged does not give the battery time to cool down, causing the battery to overheat and increase the risk of fire. On the other hand, Swap Grid gives you a fully charged battery, which cools down after being in the grid for a while after it is fully charged.

The discharged battery of an electric vehicle also gets hot due to frequent use. When it is put back to the battery swapping station for recharging, its temperature drops after a while. This also reduces the risk of fire in the battery.

These companies are providing the facility of battery swapping

Several companies in India are building battery swapping stations for electric vehicles. At present, you can find these stations only in metros where customers of electric vehicles are more. Bounce Mobility is one of the leading companies in providing Battery Swapping Station facility. Recently Bounce has opened a battery swapping station in Bangalore.