Battery swapping policy will come at the end of this year, the central government is preparing a proposal 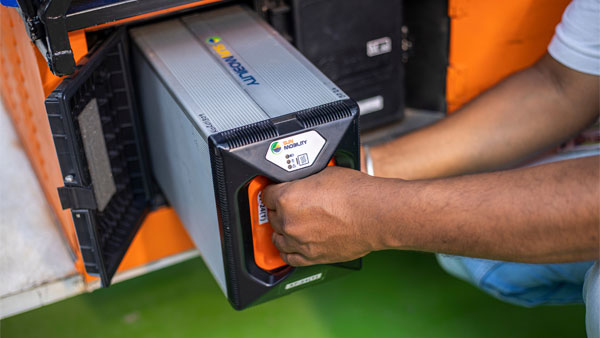 Electric scooter company like Bounce in the country is giving battery to its customers as a subscription. With this, the Bounce Scooter customer can change the battery by visiting any of the swap stations of the company. For this, he only has to pay the swapping charges, which are much cheaper than the rate of charging.

How does battery swapping work?

An EV owner can go to any of the battery swap partner’s outlets and replace the discharged battery with a fully charged battery. All he has to do is pay the service charge for the battery. This system is similar to the way consumers use LPG cylinders.

The time taken to swap the battery of an electric scooter is the same as the time taken to fill petrol in a bike. However, petrol vehicles can be refueled at any petrol pump, whereas an EV customer will have to visit a fixed operator for battery swap.

How is the government planning to give incentives?

The central government has announced to bring a battery swapping policy in the budget 2022-2023 presented on February 1. The policy is likely to focus on battery swap services for three wheeler electric vehicles, electric scooters and motorcycles. Under the policy, EV owners can get an incentive of up to 20 per cent on subscription or lease of the battery. The report said the incentives would be higher than the incentives given for buying clean vehicles.

According to a report, more than 12 million tonnes of lithium-ion batteries are likely to be exhausted between 2021 and 2030. Batteries require large quantities of raw materials such as lithium, nickel and cobalt, mining of which has an environmental impact. Bad batteries generate a lot of electronic waste so they need to be recycled properly.

Large quantities of valuable metals are extracted by recycling defective batteries. Recycled batteries are not used again in vehicles, but are used to store excess electricity generated from solar or wind power plants.