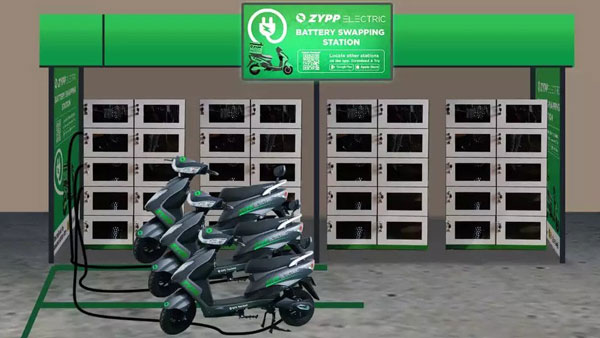 Along with this, the Finance Minister said that clean technology and electric vehicles will be increased in public transport. This will help increase the demand for electric vehicles in the country, as well as increase the demand for batteries, the largest device for EVs. In such a situation, battery swapping is an easier and better way to promote the use of EVs which is used in many countries of the world.

The EV sector in the country is currently growing slowly but the charging infrastructure comes across as a major drawback. In such a situation, battery swapping is a technology that does not require charging and passengers can continue their journey in the electric vehicle without delay. For this reason, the Government of India has announced to prepare a battery swapping policy.

The problem of range in two wheeler electric vehicles is also the reason for its not growing rapidly and in such case having battery swapping stations at sufficient places will give confidence to the passengers. Government as well as private clients will be encouraged to invest in this sector for the rapid expansion of this sector so that in future it is easily accessible even to remote places.

Why is battery swapping needed?

Plug-in chargers for electric vehicles are slow and capable of charging one vehicle at a time. Vehicles can be charged mostly at home or work, and charging takes a long time, so you don’t have to worry about range if you plug in an already charged battery.

In battery swapping, a lot of batteries will be charged at the same time, when a passenger feels that the battery of his electric vehicle is about to be discharged, he can keep his battery by going to the nearest battery swapping and in return you will get another fully charged battery. It will act as a fuel filling station for electric vehicles on long journeys.

Presently very few companies have entered this sector and their presence in the Indian market is negligible. In such a situation, battery swapping is very important to increase the use of EV. The country’s largest oil marketing company Indian Oil Corporation Limited, companies like Bounce have entered this area.

This is a good step to promote EVs in the country but it has to be implemented at the earliest so that EVs are promoted. At present it has been brought to many countries of the world, now it has to be seen how long it will be brought to India.