Battery charging worries are over, Mercedes-Benz EQG electric car will give more than 1000 km range! 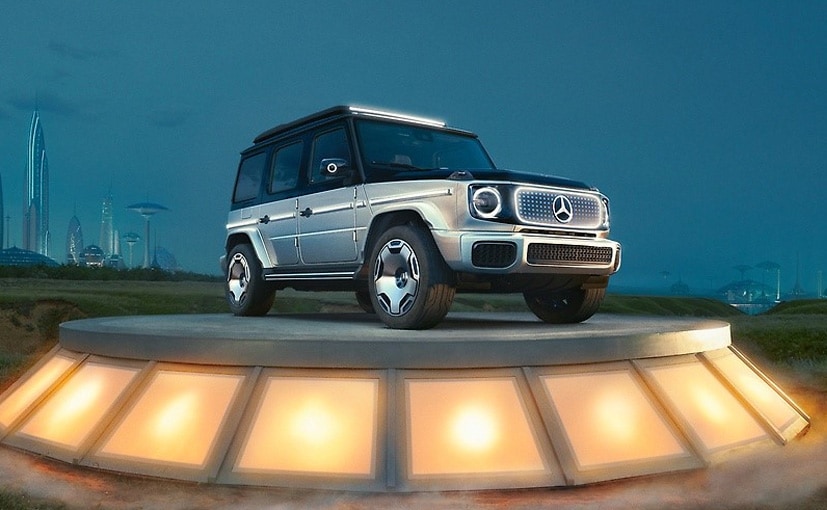 Mercedes is reportedly going to use such a powerful battery technology in its upcoming EQG electric SUV series, thanks to which its EV can cover a distance of over 1,000 km on a single charge. A media report states that Mercedes-Benz is considering to include the battery pack and technology that was included in the company’s Vision EQXX concept in its upcoming G-wagon electric version.

TOI’s accordingThe Mercedes-Benz EQG electric SUV car can be equipped with a range of more than 1,000 km, as the company will provide the battery technology present in its Vision EQXX electric sedan in this car. Earlier this year, Mercedes-Benz created a sensation in the electric vehicle market as its EQXX achieved a range of 1,202 km on a single charge in a road trip. Even before this, this car had made a record of running 1,008 km in a single charge. Mercedes has used a special battery technology in this car, which will now be included in the EQG lineup.

The EQG, the electric version of the G-Wagon, will reportedly feature Mercedes-Benz’s new silicon content battery technology. According to the company, this battery contains a silicon anode, which when combined with other chemical changes in the cells contributes to a 20-40 percent increase in energy density. The EQXX prototype used modified anode technology and a 495kWh battery pack with a weight of 100kg.

The report reveals that Mercedes-Benz has made some changes to the existing ladder-frame chassis of the G-Wagon to distribute the weight of the battery pack in the EQG electric SUV. That being said, in order to give a better driver experience, Mercedes-Benz has also developed a software package that triggers the electric motors in off-road conditions with the effect of three differential locks similar to the ICE G-wagon. are equal.

In all, the EQG is expected to get four electric motors, two of which will power the front and two will be fitted into its rear axle assembly.