Barrel Veloc-e: This company is bringing electric bike for the Indian Army, will have a range of 150 km 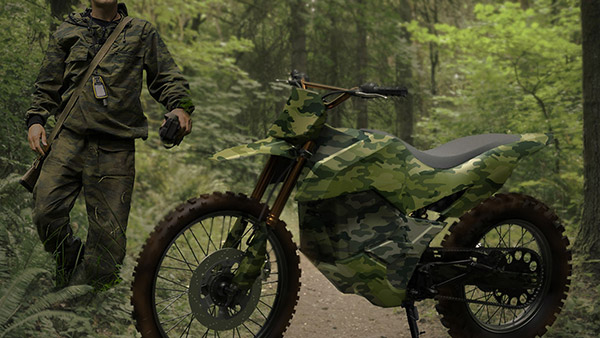 This motorcycle of the company is an electric dirt bike which is designed to run on hilly and rocky roads. Barrel Motors will launch this electric bike in the market under the name Veloc-e. At present, the company is testing the prototype model of this bike. After the completion of the testing process, the production of the bike will be started according to the need of the market.

According to the company, the production of the Veloc-e dirt bike can be started in 2024 and the bike will be made available for sale in the market this year. This e-bike is designed to ride on rock, mud, snow and sand. The company says that it may take one to one and a half years to complete the testing process of this bike.

The company will make off-road bikes

Barrel Motors says it is focusing only on off-road electrics, unlike the regular commuter bikes sold in the market. In this segment, the company will compete with bikes like Hero XPulse and KTM Adventure which are popular for off-roading.

Will be used in patrolling

Barrel Motors says that it is developing some electric vehicles that will meet the needs of the Indian Army. The Veloc-e electric bike can be used for patrolling in areas adjacent to the border. This bike can work even in harsh weather of Ladakh and Siachen.

The Veloc-e electric bike from Barrel Motors will be launched in variants. In this, the first variant will be a street bike while the second variant will be offered as a more powerful off-road bike. The company also plans to make a long-distance touring bike. For this, the company is working on expanding the range.

The Veloc-e electric bike is capable of delivering a range of 150 km on a full charge. The company claims that 90 percent of the equipment is being procured from local manufacturers to make this bike. The company is procuring battery packs and equipment related to the battery management system from the local market, while the battery cells are being imported from outside countries.