Ban on all types of BS4 vehicles in Delhi, know what is the reason 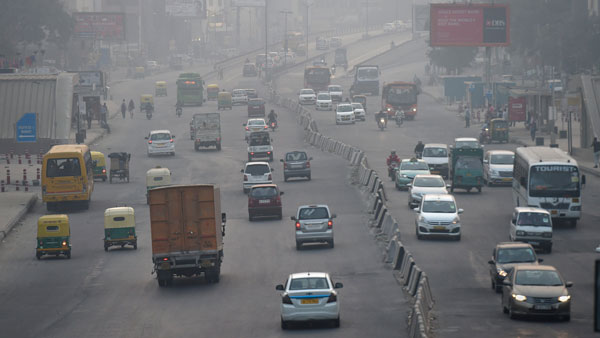 Here we are providing you the translation in Hindi of what is said in the CAQM order. It read that in order to prevent further deterioration in air quality due to adverse meteorological conditions, the GRAP sub-committee decided to implement Phase IV- ‘Severe+’ GRAP category across NCR with immediate effect. These restrictions are in addition to the restrictive actions outlined in Phase I, Phase II and Phase III of GRAP.

Phase IV – ‘Severe+’ air quality released with focus primarily on vehicle restrictions including entry of commercial trucks into Delhi, diesel commercial vehicles for movement within Delhi and non-BS VI passenger vans, LMVs in Delhi Is. Various agencies responsible for implementing the measures under GRAP and Pollution Control Boards (PCBs) of NCR and DPCC have also been advised to ensure strict implementation of Phase IV action under GRAP during this period.

The citizens of Delhi have been appealed to cooperate in the implementation of GRAP and follow the steps mentioned in the Citizen’s Charter under GRAP. Children, the elderly and people with respiratory, heart or other chronic diseases have been advised to avoid outdoor activities and stay indoors as much as possible.

The new ban on diesel is different from the old ban!

As per the National Green Tribunal’s (NGT) old ban, diesel cars older than 10 years have been permanently banned on the roads of Delhi-NCR and the same ban applies to petrol cars older than 15 years. Under the old ban, diesel and petrol vehicles have to be canceled when they turn 10 or 15 years respectively. Alternatively, owners will have to sell these vehicles to people from other states in India before the vehicles are banned.

How different is the new ban

Once the ban on BS4 diesel vehicles is lifted by the CAQM, these vehicles can be driven on the roads of Delhi-NCR till they turn 10 years old.

GRAP steps are based on Air Quality Index