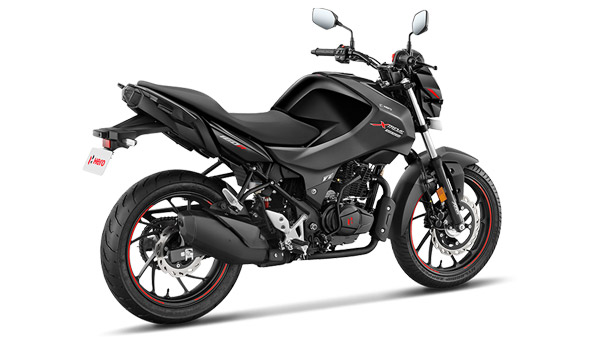 Talking about Hero Xtreme 160R, its design is like a naked streetfighter bike. The bike gets aggressive looking headlamps, muscular fuel tank and a small tail light. This bike is not attractive in design like Pulsar N160 but many people prefer bike with such simple design.

Bajaj Pulsar N160 is powered by a 164.82 cc single cylinder, air-cooled fuel injected engine that produces 16 bhp of power and 14.7 Nm of torque. The engine of the bike is mated to a 5-speed gearbox. At the same time, if we talk about Hero Xtreme 160R, then it has a 163cc air-cooled engine. This bike makes 15.2 bhp power and 14 Nm torque. This bike also gets a 5-speed gearbox.

Talking about the features, the Pulsar N160 projector comes with LED headlamps and digital instrument cluster. Mileage indicator and gear position indicator are also provided on the instrument cluster of the bike. Bajaj has kept the tachometer analog in the Pulsar N160 as before. Side stand engine cutoff feature has also been given in this bike with dual channel ABS.

Talking about Hero Xtreme 160R, this bike comes with a full digital instrument cluster. The brightness of the bike’s display can be adjusted in 5 ways. Features like gear position indicator, USB charging, side stand cutoff are available in this bike. The company has introduced the Xtreme 160R only in the single channel ABS model.

Bajaj Pulsar N160 (Dual Disc) has been made available in the Indian market at a price of Rs 1.23 lakh. The company has only revealed the prices of its dual disc variants. Hero Xtreme 160R price starts from Rs 1.17 Lakh and goes up to Rs 1.22 Lakh. All prices are as per ex-showroom.