Bajaj CT125X launched, the cheapest 125cc bike, know what is the price and features 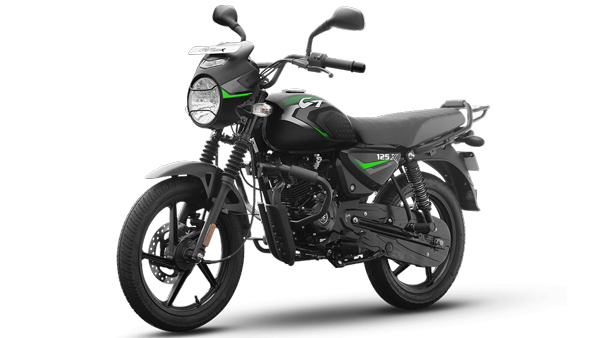 The design and styling of the Bajaj CT125X is similar to the CT110X. It gets a round headlight unit with halogen bulb. An LED daytime running light is provided above the headlight. The bike sports the same naked design as the standard CT110 and gets minimal bodywork. The bike gets headlight guard, engine crash guard and rear luggage rack.

The front telescopic fork suspension has been given in this bike, which has been covered with rubber. The bike has a dual gas charged spring loaded rear suspension at the rear. To improve its braking, it has been given a 240 mm disc brake at the front, while only drum brake is an option.

The bike gets 17-inch alloy wheels with 80/100 front tire and 100/90 rear tire. The rear tire of the bike is thicker which gives more grip on the road and also increases the control of the bike.

Coming to the engine, the Bajaj CT125X comes with a 125 cc DTS-i, air-cooled engine. This engine generates 10 bhp power and 11 newton meter torque. The engine is mated to a 5-speed gearbox.

Bajaj CT125X competes with Hero Super Splendor and Honda Shine in this segment. However, it also competes with TVS Raider, Bajaj Pulsar 125 and Pulsar NS125.

Let us tell you that Bajaj is also preparing to enter the 350cc middle-weight motorcycle segment. According to the news, Bajaj is preparing to bring a new motorcycle in partnership with Triumph to compete with Royal Enfield in this segment.

The motorcycle is currently in its development phase which has recently been spied testing in the UK. The model name has not been finalized yet. According to reports, this motorcycle can be launched in the Indian market this year. It is also being said that the company can launch the new bike in the festive season of this year.

According to reports, Bajaj is working with Triumph on two models, which could be of scrambler and roadster designs. Recently one of these motorcycles has been spotted during testing. This motorcycle has been seen in the special design pattern found in Triumph motorcycles.

According to reports, the upcoming Bajaj and Triumph motorcycles will be manufactured at Bajaj’s two-wheeler plant in India and will be exported from here to other countries. The Bajaj-Triumph motorcycle is expected to be priced around Rs 2 lakh.