Bajaj Chetak Electric Scooter that runs 95 km in a single charge becomes expensive by up to Rs 13 thousand, know the new price 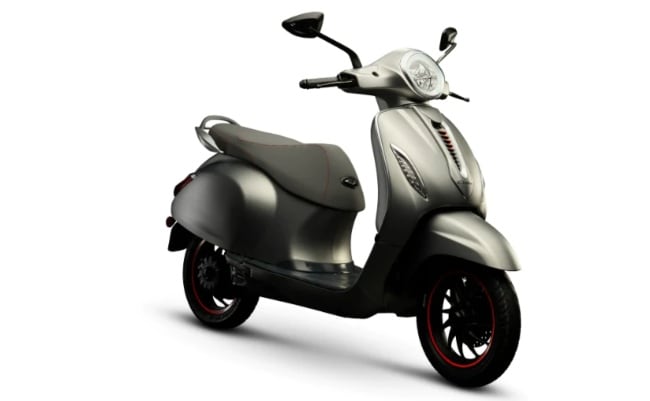 The Chetak electric scooter from Bajaj Auto Limited was introduced in two variants at the time of launch. These variants came under the name of Premium and Urban. Rushlane’s Report According to this, before now the price of Bajaj Chetak electric scooter was Rs 1 lakh 41 thousand 440 but after increasing the price, now the scooter has become Rs 1 lakh 54 thousand 189. It is meant to say that the company has made the scooter expensive by about 13 thousand rupees.

At the time of the scooter’s launch, its urban variant was priced at Rs 1 lakh and the premium variant was priced at Rs 1 lakh 15 thousand. Talking about its features and specifications, the 3 kWh lithium-ion battery has been given in the electric version of the Chetak. It comes with a 3.8 kW electric motor that can generate 5.5 PS of power. It can go up to a range of 95 kms in Eco mode and up to 85 kms in Sport mode.

Its battery takes about 5 hours to get charged. This electric scooter from Bajaj gets all-LED lights which include headlamps, DRLs, turn indicators, taillights etc. It has a front disc brake and digital instrument cluster. The scooter also gets the feature of smartphone connectivity via Bluetooth. Apart from this, it also supports regenerative braking.