Bad News! Toyota increased the prices of these two cars, became expensive by up to Rs 45,000 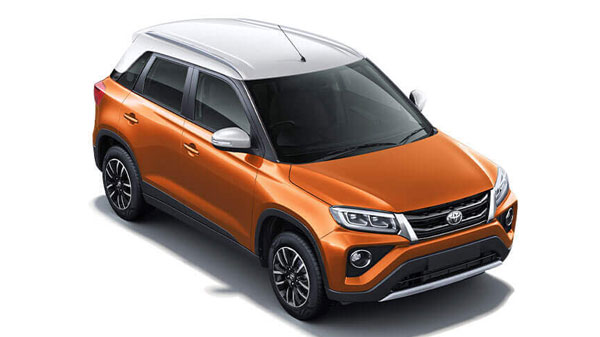 Prices of all variants except the G Hybrid trim of the Toyota Glanza have been hiked by Rs 21,000. The price of the G Hybrid variant has been increased by Rs 45,000. The Toyota Glanza is powered by a twin-tuned 1.2-litre petrol engine. The engine of the standard variant produces 82 bhp of power and 113 Nm of torque, while the engine in the hybrid variant is mated to a lithium-ion battery. The hybrid engine produces 89bhp and 113Nm of torque. Transmission options include a five-speed manual and CVT gearbox.

Talking about the Urban Cruiser, this SUV is available in three trims – Mid, High and Premium. The Urban Cruiser is powered by a 1.5-litre petrol engine that produces 103 Bhp and 138 Nm of torque and is mated to a five-speed manual and a four-speed torque-converter automatic transmission. The price hike will range between Rs 4,400 to Rs 17,500, depending on the variant of the Urban Cruiser.

Like the upcoming Maruti Baleno facelift, the new Toyota Glanza will get a new front fascia. The new Baleno is also likely to get redesigned alloy wheels and a new bumper.

Apart from this, a new interior can also be given, which can be given a new free-standing touchscreen infotainment system, new controls for the HVAC system with rectangular aircon vents and a flat-bottom steering wheel. When launched, the new Toyota Glanza will compete with the Hyundai i20, Tata Altroz, Volkswagen Polo, Honda Jazz, and Maruti Baleno in the Indian market.

Toyota has also shared the sales figures for January 2022 sales. The company’s sales have been 34 percent higher than last year and it has registered a decline of 32 percent as compared to December. The company’s Urban Cruiser has been its best-selling model. It is followed by Innova Crysta, Glanza, Fortuner, Camry and Vellfire in sales.