Bad news, Tata Harrier SUV has become more expensive, know how much the company has increased the price 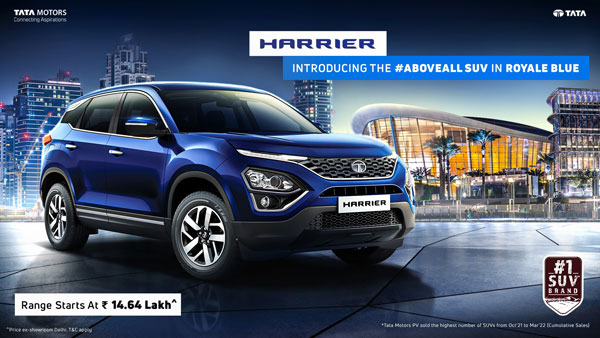 Talking about the Tata Harrier XZA+ Dark AMT variant, it has been made expensive by Rs 13,900 and will now be sold at a price of Rs 21,94,900 (ex-showroom). It is worth noting that this is the most expensive variant of the Tata Harrier sold by Tata Motors.

Apart from this, Tata recently also launched the Kaziranga edition of Harrier. Now the company will sell its Kaziranga Edition at a price of Rs 20,54,900 and Rs 21,85,900 (ex-showroom) respectively. The price of Kaziranga editions of Tata Harrier has been increased by Rs 14,000.

Let us tell you that Tata Nexon and Tata Altroz ​​DCT have recently been given new Royale Blue, and Opera Blue color options by the company. Now the Tata Harrier has also been introduced in two new colors Royale Blue and Tropical Mist. The recent price hike has come into effect on April 23, 2022 and has been increased to about 1.1 percent.