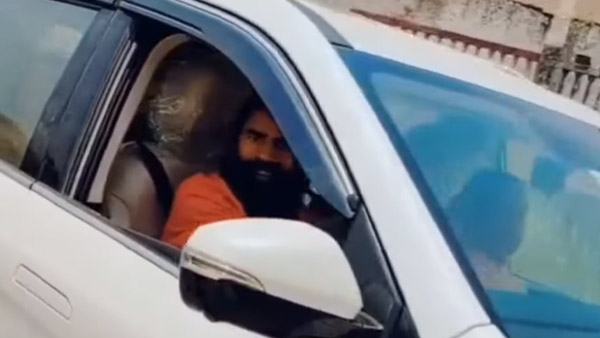 This is the first time he has been seen driving a car. Ramdev seems to have tested the Mahindra XUV700 inside the compound of a building. But the thing to note is that this is an old video, which has recently gone viral on the internet.

The exact variant of the Baba Ramdev-powered Mahindra XUV700 has also not been revealed, but it looks like the top-end trim with a panoramic sunroof. Where Baba Ramdev does not own any luxury car, but still he has been seen in Jaguar XJL.

His close friend Balakrishna, who owns a Land Rover Range Rover. Baba Ramdev has been an avid biker. She is seen riding the Hero Impulse and later she was also seen in the back seat of a Ducati Scrambler with Sadhguru. Let us know that recently Mahindra has introduced the brand new Mahindra Scorpio-N.