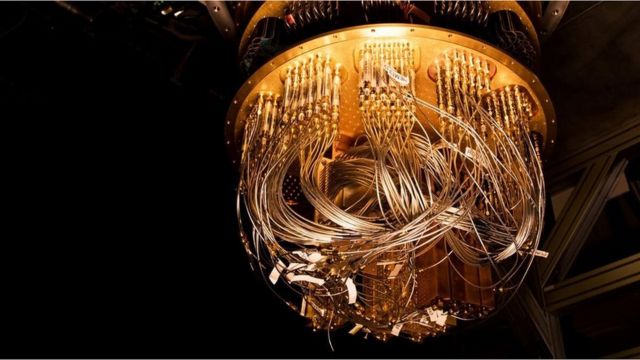 Austrian physicists have developed a new architecture for building universal quantum computers, which reduces the number of physical qubits for calculating complex mathematical problems. This was reported by the press service of the University of Innsbruck.

“This architecture was originally designed to solve optimization problems. In the process of its creation, we simplified it as much as possible in order to solve problems as quickly as possible. For example, in our system, physical qubits encode not single bits of data, but the relative distance between them. This saves us from the problem of interaction between all memory cells.“, – said Professor of the University of Innsbruck (Austria) Wolfgang Lechner.

Quantum computers are called special computing devices, whose power is growing very quickly due to the application of the principles of quantum mechanics in their work. They consist of so-called qubits – memory cells and primitive computing modules capable of storing both zero and one at the same time.

As a rule, qubits can be in this state for an extremely limited time, since random interactions with objects of the surrounding world can destroy the quantum state in which they are located and break the bonds that unite them with neighboring quantum memory cells. This is one of the main obstacles to the creation of complex computers containing several hundred or thousands of qubits of any type.

Professor Lechner and his colleagues have developed an unusual approach that solves this problem with a new architecture for building universal quantum computers. By the last word, scientists mean quantum computers that carry out calculations according to the same logical principles as conventional computers.

Austrian physicists discovered that such computing systems can be built on the basis of the mathematical parity principle, according to which most of the physical qubits of the system encode not logical bits, but a checksum, a kind of distance between neighboring information cells. This allows some types of two-qubit logical operations to be performed on a single physical qubit, and also protects memory cells from interference.

This can be implemented on any physical quantum computer, including machines based on ions, superconductors, photons, and cold atoms. In accordance with the calculations of scientists, the approach they created will significantly speed up many complex quantum calculations, including Fourier transforms and breaking ciphers using the Shor algorithm.

According to the researchers, they are already working on bringing this architecture to life on an experimental quantum computer, which is being developed at the University of Innsbruck. Successful testing of this approach for quantum computing will expand the scope of practical applicability of already existing multi-qubit systems, the scientists concluded.