Audi’s new luxury sedan is coming to India, the company has released the teaser about it 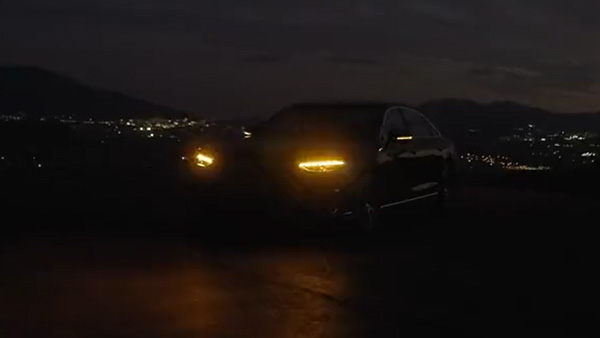 While the company has released its first teaser, but Audi India has not yet given any information about its launch timeline, but it is expected that the new Audi A8L can be launched in the Indian market in the coming weeks. Is. So let us tell you what new can be found in it.

Talking about the exterior of the new Audi A8L, it will be given a bold exterior design. It retains a large polygon-shaped front grille at the front, but now includes a redesigned air inlet along with a chrome stud pattern.

These have been shifted vertically as compared to the horizontal ones in the current model. The new Audi A8L gets more attractive and ag LED headlamps with a new design for integrated DRLs. At the same time, a revised graphic is seen in the split tail lamps at the rear.

Apart from this, it is believed that the company has also made some subtle changes in its interior. An improved and latest MIB 3 operating system can be found in the virtual cockpit of the new Audi A8L. However, its dashboard layout, four-spoke steering wheel, rear entertainment screen and multiple screen layout will be different from the current model.

Talking about the Audi A8L sold in the international market, it is being sold in two variants. It is powered by the first 3.0-litre V6 TFSI engine variant, which churns out maximum power of 335 Bhp and peak torque of 500 Nm.

On the other hand, the 4.0-litre TFSI engine is used in its other variants, which provides 453 bhp power and 660 Newton meter torque. The new Audi S8L will compete with the Mercedes-Benz S-Class and BMW 7 Series when launched in India.

Let us tell you that in February 2022, the company launched its 2022 Audi Q7 in India. The company has launched this car at an initial price of Rs 79.99 lakh (ex-showroom). The Audi Q7 was offered in two variants, which include Premium Plus and Technology. The Audi Q7 has received a new exterior and interior design along with a host of new features updates.