Audio of dust storm on Mars surfaced for the first time, listen too 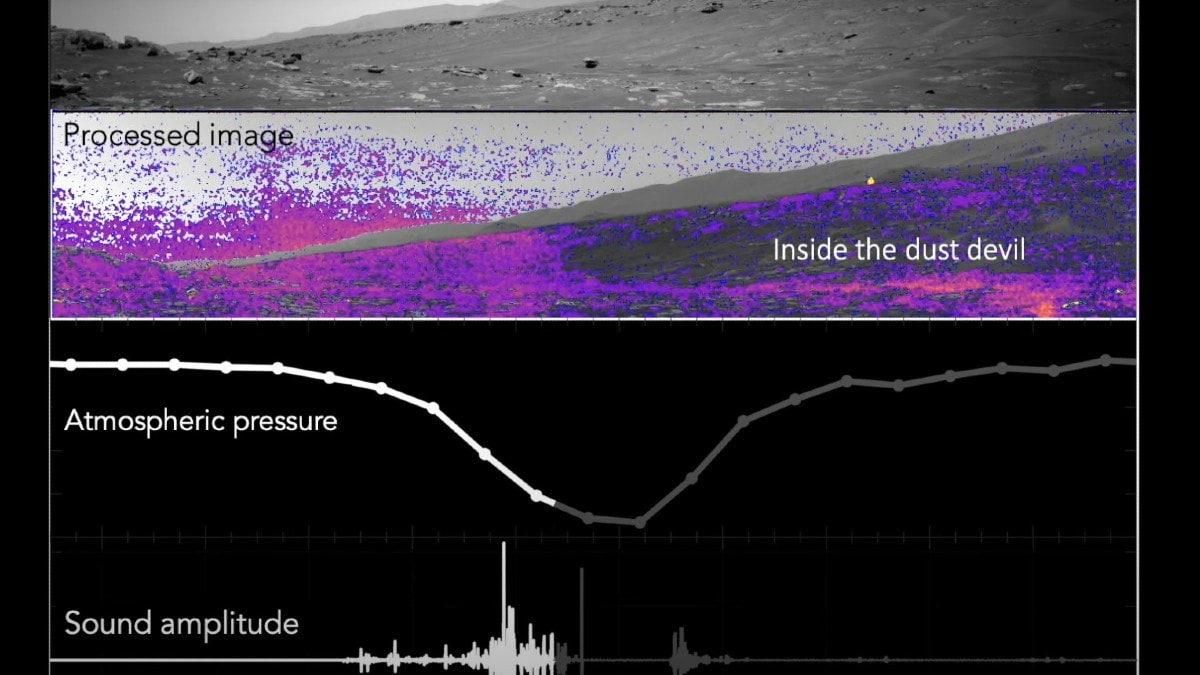 The noise of storms and thunderstorms coming on the earth is sometimes frightening. Have you ever wondered what the storm would be like on other planets? If we tell you that you can hear the audio of a storm on Mars, will you believe it? You have to Before listening to the audio of thunderstorm, it is important to know about it. In September last year, the dust storm that surrounded NASA’s Mars Perseverance rover was 390.4 feet, or about 119 meters high. For the first time, audio of a dust storm has surfaced from Mars.

Analysis of this recording in Nature Communications magazine publish Has happened. It has also given new information about how storms on Mars move. In the audio that has surfaced, the noise of particles affecting the Perseverance rover can be heard.

Study lead author Naomi Murdoch, a physicist at the University of Toulouse in France, told Live Science that the sound helps us count how many particles were in the storm. Murdoch told that for the first time such measurement has been done on Mars.

Significantly, the dust present on Mars has an effect on the weather and climate there. Scientists say that understanding dust movements is important for modeling the climate of Mars. The dust should also be understood for future launch missions. Significantly, due to the effect of dust, the wind sensors of the Perseverance rover have been damaged. At the same time, NASA’s Inside Lander is also shutting down its operation due to dust accumulation on its solar panels.

A thunderstorm occurs when warm air near the ground rises and circulates. Dust also rises with it. Most of the dust blows in the Jezero Crater region on Mars. This is where the Perseverance rover is completing its mission. It has captured about 91 storms around it.

Last year on September 27, a storm passed right over the rover. This gave Perseverance a chance. The rover’s navigation camera captured the imagery, while the SuperCam mic recorded the sound of the event. This is in front of you. Scientists found that the storm was 25 meters wide, which was 119 meters high, which is as tall as a 40-story building. The storm moved at a wind speed of 19 kmph and impacted Perseverance with a peak speed of 40 km/h.