Audi launched its production hybrid RS Q E-Tron in July 2021, just one year after the launch, the automaker completely redesigned and improved the model called RS Q E-Tron E2, which is specially designed for rally Raid Opportunities was developed. In 2022, the off-road vehicle will take part in the Morocco Rally and in 2023 in the Dakar Rally.

The E2 suffix is ​​similar to Audi’s 1980s Group B rally cars. The company said in a press release that the RS Q E-Tron will get a redesigned body, tweaks to optimize energy efficiency and some ergonomic improvements. 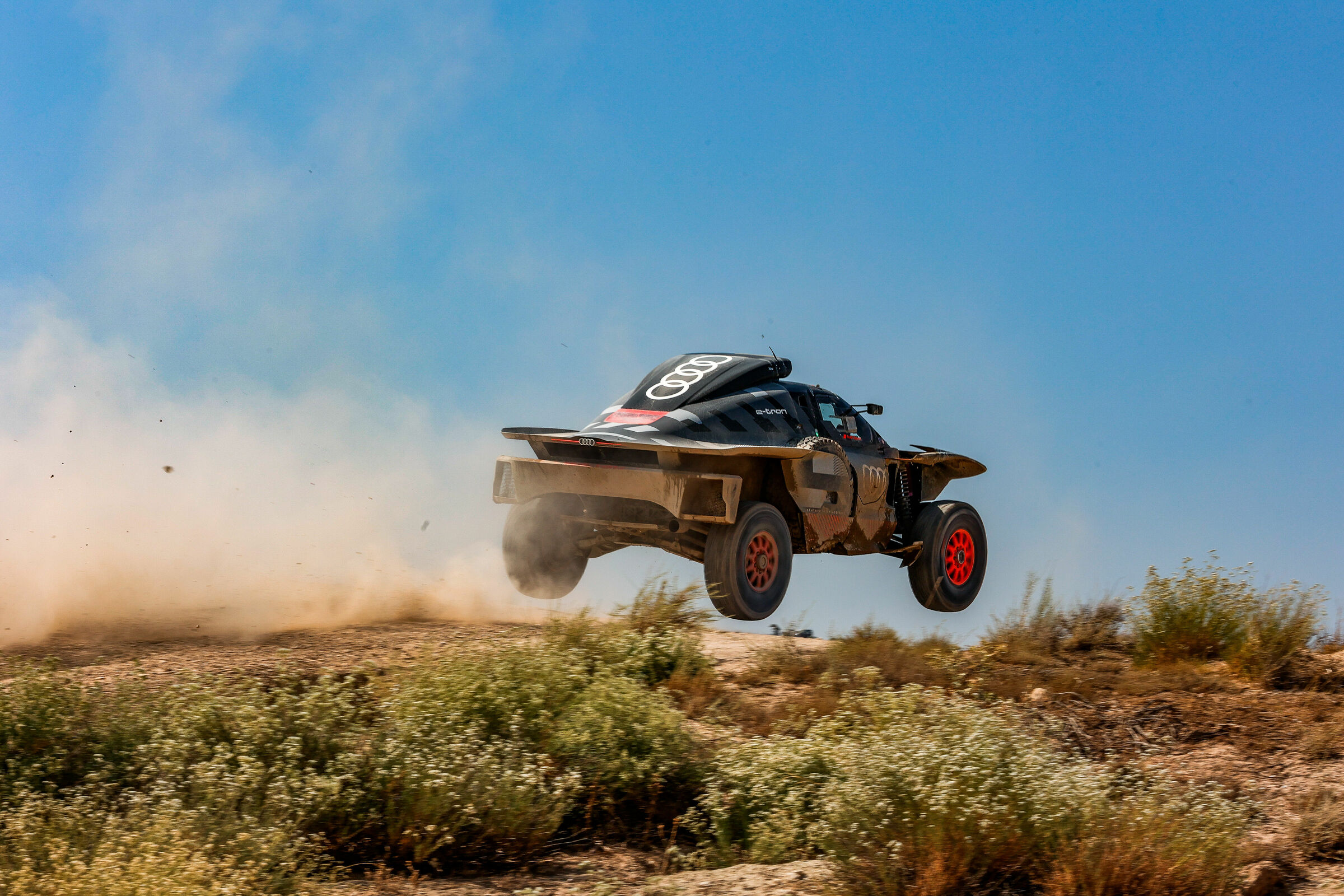 The design language was completely changed, every exterior panel of the car was redesigned to improve aerodynamics. The cabin and the exterior of the car were widened due to new rules and regulations. Rather than blending into the doors, the front fenders sit upright and away from the body. Audi claims these changes should reduce the drag coefficient by 15% and also make tire changes easier.

The E2 is 99 kg lighter than its predecessor, it weighs 2000 kg, while the previous series hybrid weighs 2099 kg. Audi noted that the body is also engineered to have easier-to-remove panels and easier-to-manage wheels for maintenance purposes. According to Audi, several changes have been made to the carbon fiber overlay of the body panels to reduce weight. Like its predecessor, the Audi RS Q E-tron E2 is powered by one electric motor per axle, while the combustion engine is equipped as a generator. It has a high voltage battery and two electric motors that drive the wheels.

The old vehicle’s battery weighs 370 kilograms and has a capacity of around 50 kWh. A maximum of 500 kWh can be drawn from the battery. 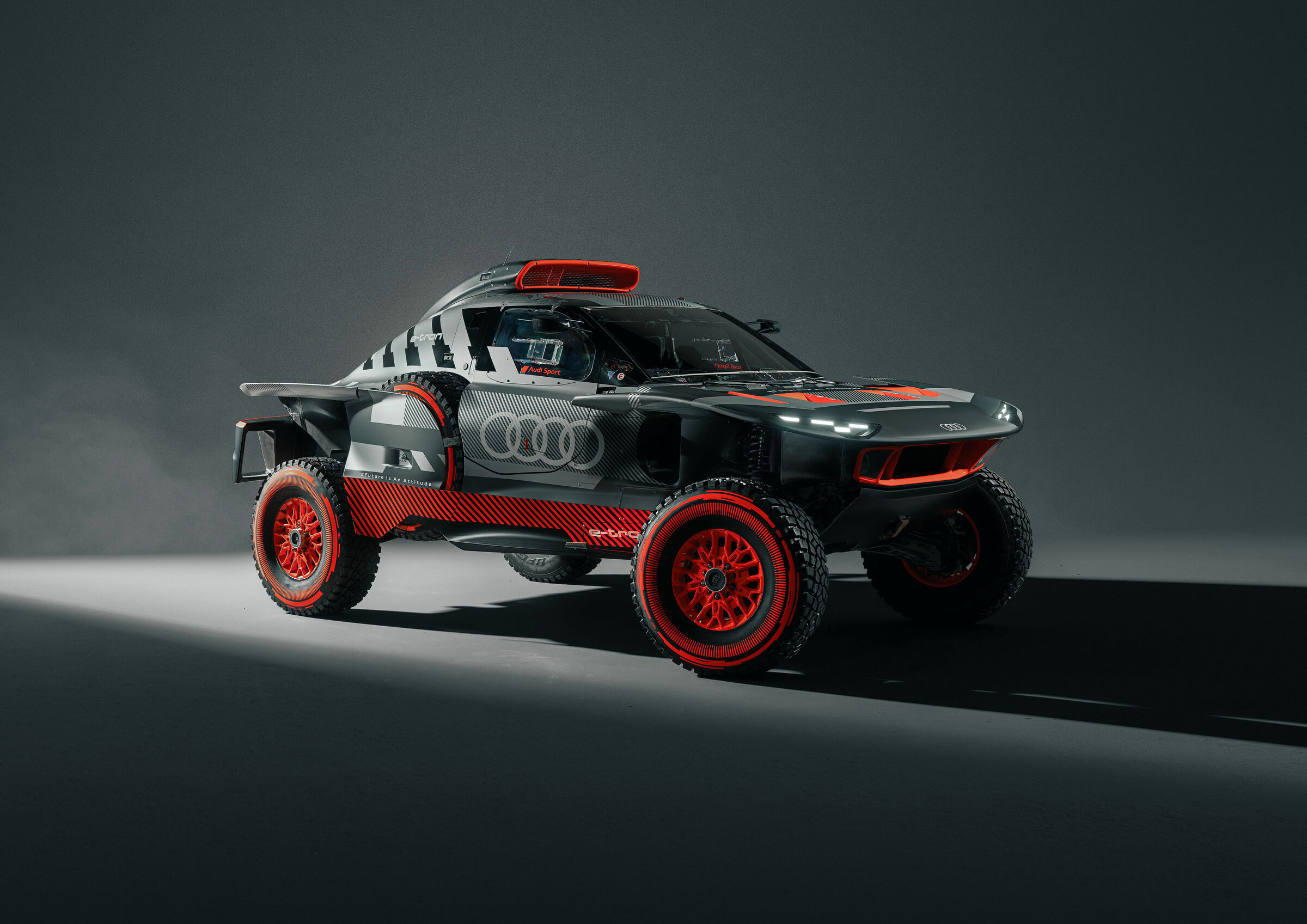 Speaking of cockpit specs, the cockpit used to feature multiple screens and a 24-switch panel, but to reduce confusion the engineers replaced those switches with a rotary knob with four settings – Stage, Road, Error and Settings, which are the most important cover features. 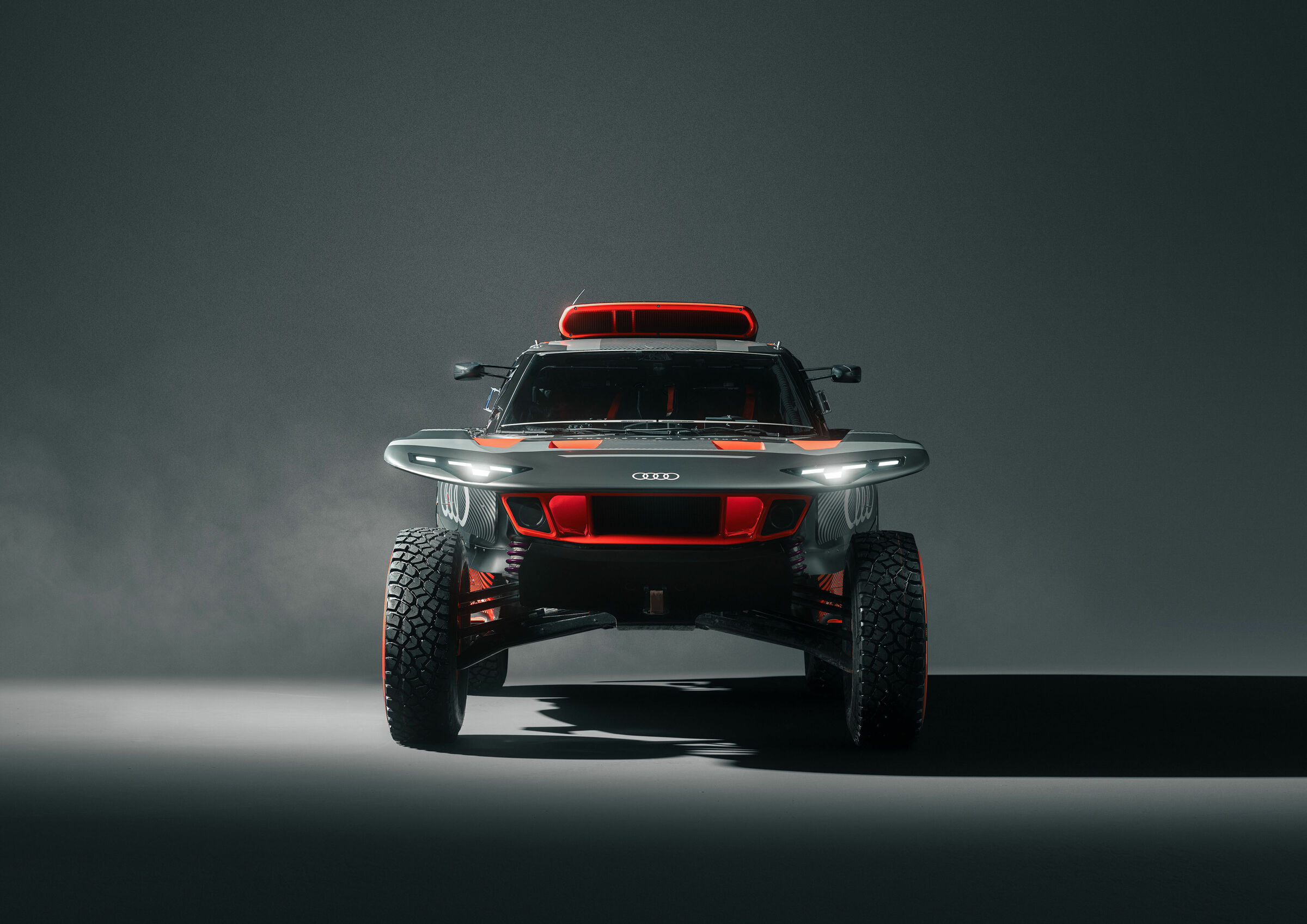 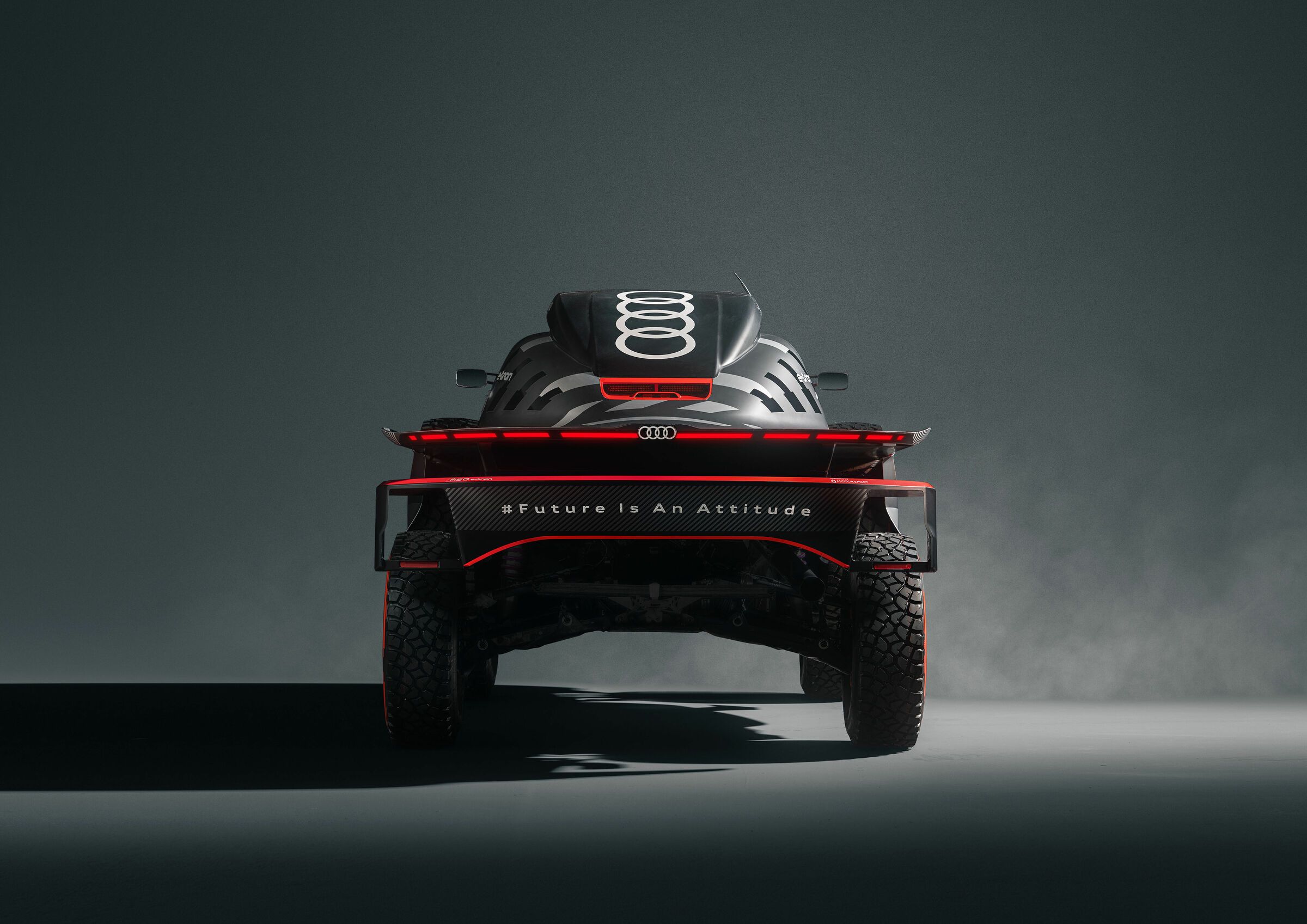