Audi Q8 e-tron: Electric car launched with 600KM range, will be fully charged in half an hour 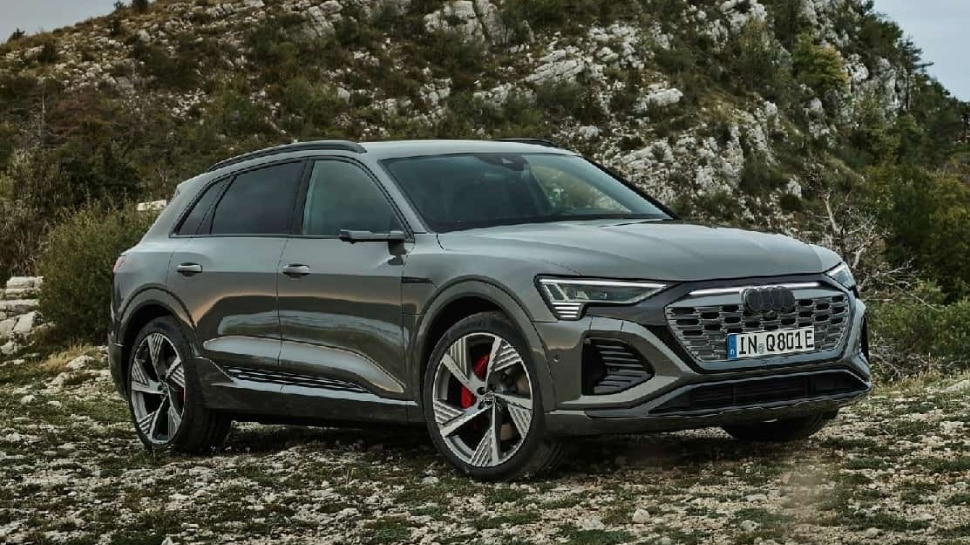 Audi Q8 e-tron Range: Luxury car manufacturer Audi has introduced the facelift version of its e-tron electric SUV Audi Q8 e-tron. The car will replace the Q8 e-tron and the Q8 e-tron Sportback already sold in the market with the e-tron and e-tron Sportback. This SUV has been brought in three variants – 50, 55 and S. You will get a range of up to 600KM in this SUV and its battery will be fully charged in half an hour. At present, this model has been brought in the global market, which can also be launched in India.

The 50 and 55 variants of the Audi e-tron get dual motors at the front and rear. Motors of 50 variants generate power of 340bhp with 664Nm of torque, while in 55 variants it generates 408bhp and 664Nm. The S model gets a twin-motor setup on the rear axle and makes 503bhp of power and 973Nm of torque.

The Audi Q8 e-tron 50 and Q8 Sportback e-tron 50 offer ranges of 491km and 505km (WLTP cycles) respectively with the updated 89kWh lithium-ion battery pack. Similarly, in 55 variants, you are going to get a range of up to 600km. At the same time, the range-topping S variant comes with a 104kWh battery pack and offers a range of up to 513km.

Talking about the full charge charging time in half an hour,
the Audi Q8 e-tron 50 takes 9 hours 15 minutes to get fully charged with 11 kW AC charger and only 28 minutes with 150 kW DC fast charger. The battery pack of 55 and S variants can be charged from 10 to 80 percent in 31 minutes via a 170kW DC fast charger.