Audi is preparing a unique electric car, will clean the air on the go 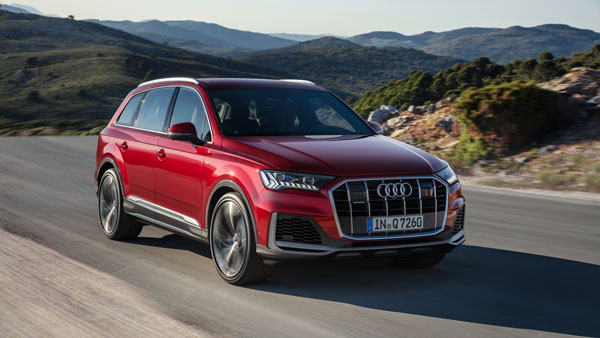 Audi says that 85 percent of the fine dust particles in the air are caused by friction from car tires, brakes and roads. The smallest particulate matter that flies on the road is only 10 micrometers, which can prove to be extremely harmful to health in the long run.

Audi is working on a technology for its cars that will absorb the fine particles emitted by itself as well as the fine particles emitted by other vehicles. For this, the company is installing air filters in several layers with a suction fan above the radiator in front of the car. A switch will be provided in the cabin to turn this air filter on and off.

The company is making changes in the design of the car to fit it in the car. Audi says that after this change, care is also being taken that the prices do not increase too much. This filter installed in front of the car works like a vacuum cleaner.

Currently, Audi is testing it on the e-tron electric SUV. The company has tested this air filter by driving the car for 50,000 kms. According to the company, this air filter is so capable that it can absorb emissions from two other cars along with it. The company says that this car system is easy to maintain and does not require frequent servicing.

Audi India recently launched the Q7 Limited Edition SUV in India. The new Audi Q7 SUV has been launched in India at a price of Rs 88,08,000 ex-showroom, Delhi. The limited edition Audi Q7 will be available for sale in India for only 50 units. The Audi Q7 Limited Edition model has been brought on the Technology trim.

This SUV has been given adaptive windshield wipers, integrated washer nozzle, 19-inch 5-spoke star style alloy wheels. This SUV also gets a panoramic sunroof. Audi has also updated the interiors of the Limited Edition Q7. Its cabin gets a virtual cockpit which comes with two large touchscreens and a central console.

The Q7 Limited Edition is powered by a 3.0-litre V6 engine that produces 340 Bhp of peak power along with 500 Nm of torque. This SUV can accelerate to 100 kmph in just 5.9 seconds, while its top speed is 250 km/h. It is also supported by a 48-volt mild hybrid engine and Audi quattro all wheel drive.