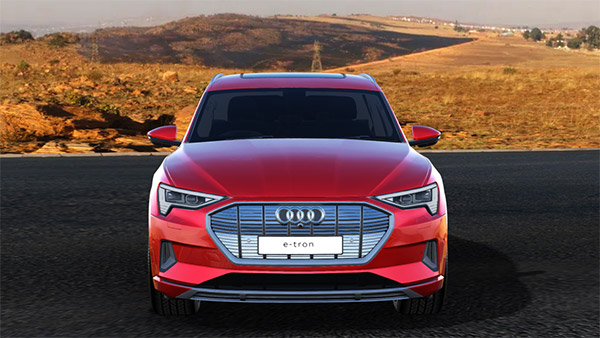 Audi has said that the import duty for environmentally clean electrics should be fixed at 5 percent, instead of the 200 percent cumulative tax reserved for the general merchandise trade of imported cars, which is reserved for those who make locally. This includes sports and petrol/diesel vehicles as well.

Audi reported a 100 percent increase in sales last year (about 3,300 cars but on a Covid-hit lesser basis) and 49 percent (at 1,765 units) in the first half of this year. Audi says it is ready to drive in new models, which include both electric and petrol.

Balbir Singh Dhillon, Head, Audi India, said that “If we get a 3-5 year lower import duty window on electrics, it will help us test more global models in India and also help us to seek more investments.” Will present a strong business case to Headquarters.”

He further added that “it can help us start local assembly of electrics faster.” Tesla had also demanded a similar exemption from the government, but later after the government turned down this demand, the company decided to discontinue its plans in the Indian market.

Balbir Singh of Audi India said that “The company respects the Government of India’s effort to promote localisation. We are not seeking permanent discounts. We are here to get more models and possibly quicker assembly as a viable commercial here. Want a temporary handholding to make the case.”

Luxury cars account for about 1 per cent of total passenger vehicle sales in India, compared to about 13 per cent in other places such as China and more than 50 per cent in many European countries. The Indian luxury car market in numbers stood at around 25,000 units in 2021, despite an industry-wide boom in the aftermath of the Covid waves.

This was a far cry from the over 40,000 units sold in 2018. Coming to Audi India’s electric portfolio in the Indian market, the company currently sells the Audi e-tron electric SUV, Audi e-tron Sportback Coupe, Audi e-tron GT and Audi RS e-tron GT.