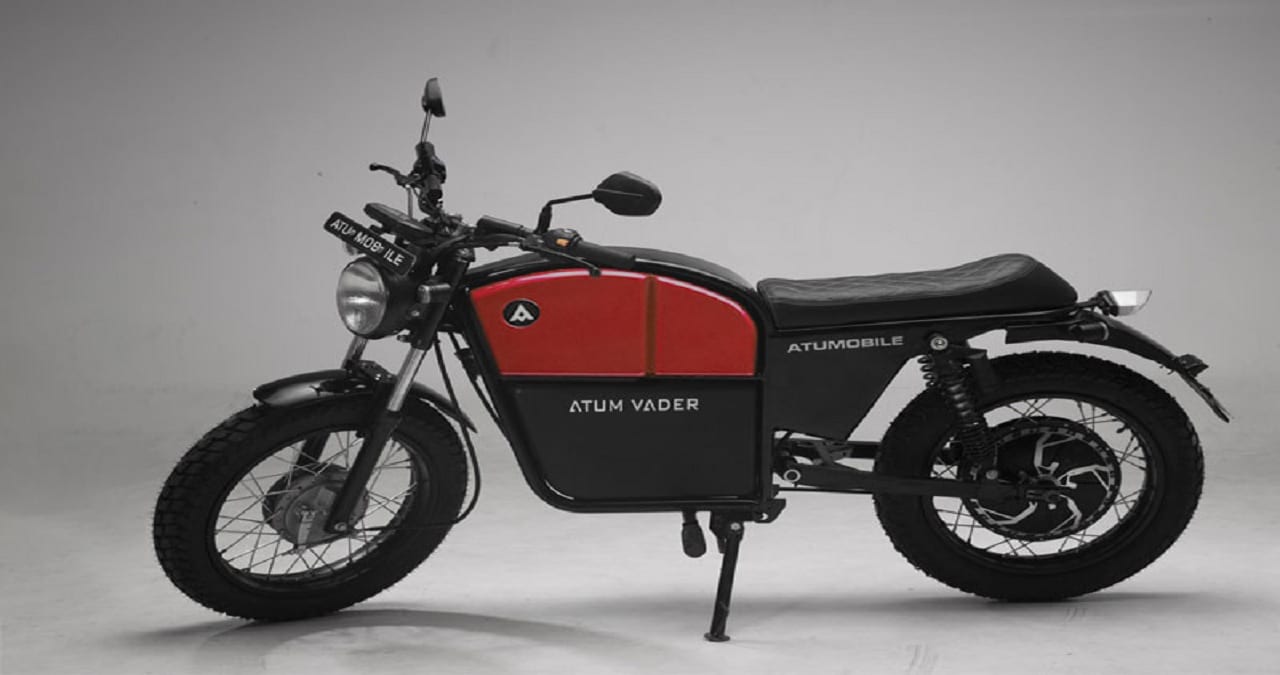 The Atumobile Atum Vader brand has launched its first high-speed electric motorcycle styled as a cafe racer. Hyderabad based EV company operates out of net zero manufacturing facility at Patancheru, Telangana. The production capacity was recently increased from 25 thousand units per annum to a maximum of 3,00,000 units. Let us know about the features and specifications of this electric bike.

By the end of the decade, the electric two wheeler (e2W) industry has a lot to offer while bringing in new technology. At the same time, the availability of electric scooters is dominated by e2W and the number of electric motorcycles is gradually increasing.

Talking about the price, the price of Atum Vader is just above one lakh rupees. The company has introduced the Early Bird offer for its first 1000 customers. The Atumobile Atum Vader for them will cost Rs 99,999. Pre-booking can be done for a price of Rs 999.

In terms of power and specifications, the Atum Vader packs a 2.4 kWh battery. Talking about the speed, it can run at a speed of 65 km / h. Talking about the range, it can cover a distance of 100 km in a single charge. The bike is built on a sturdy tubular chassis. It has been given LED indicator and tail lamp. Its boot space is 14 liters. The high-speed segment is becoming increasingly expensive in the e2W industry. The market is already dominated by scooters which are currently selling at a much higher price than the Atum Vader motorcycles.

Atum Vader has recently announced its Automotive Research Association of India (ARAI) approval. With only a few electric motorcycles in the market, the Atum Vader is one of only two ARAI-approved electric bikes in the country. Atumobile Atum 1.0 was launched in October 2020. The company has so far sold more than 1 thousand units of its electric low-speed cafe racer.