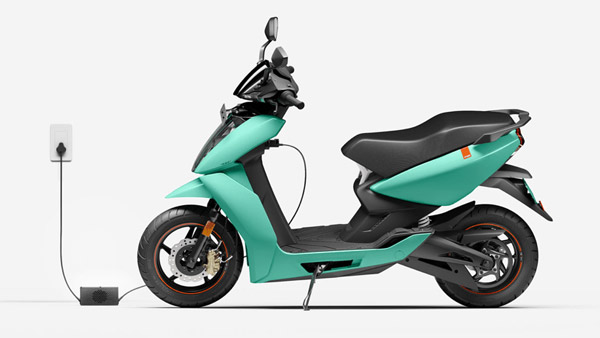 The company plans to launch more than the Ather 450X range of scooters. A larger battery unit may be required for this purpose, so Ather is acting accordingly on the structural front as well. However, increasing the battery size will bring little or no change in the top speed and performance of the scooter.

The design of the new e-scooter variant could be based on the 450 range. As a cosmetic change, it may get a new paint scheme, while the existing design will be retained. The expected timeline for the launch of this scooter is said to be late 2022 or early 2023.

Currently, the 450X is the top-of-the-line offering from the Ather and is priced at Rs 1,50,657 (ex-showroom including FAME II). A 2.61 kWh lithium-ion battery has been used in the Ather 450X. This scooter gives a range of 85 kms on full charge. It has been given multiple riding modes.

The Ather 450X can be driven at a top speed of 80 kmph. This scooter provides 26 newton meter of torque which is equivalent to a 350 cc bike. This scooter accelerates from 0-60 km/h in 6.50 seconds.

The company has also launched a fast charger to charge the scooters faster. The company gives an unlimited warranty of 3 years on the battery of its scooters. The company claims that its battery can last up to 50,000 kms without getting damaged.

Ather Energy is developing its own charging grid in different cities of Karnataka. Under this, the company has started the work of setting up 1,000 EV charging stations in Karnataka. In India, Ather Energy competes with traditional automakers such as Bajaj Auto and TVS Motor, along with Ola Electric, Hero Electric and Okinawa Autotech.

Ather Energy is backed by Hero MotoCorp, the country’s largest bike and scooter maker. Recently, the board of Hero MotoCorp has approved a fresh investment of Rs 420 crore in Ather Energy. Ather Energy has raised approximately 12 billion rupees ($160 million) since its inception in 2013.