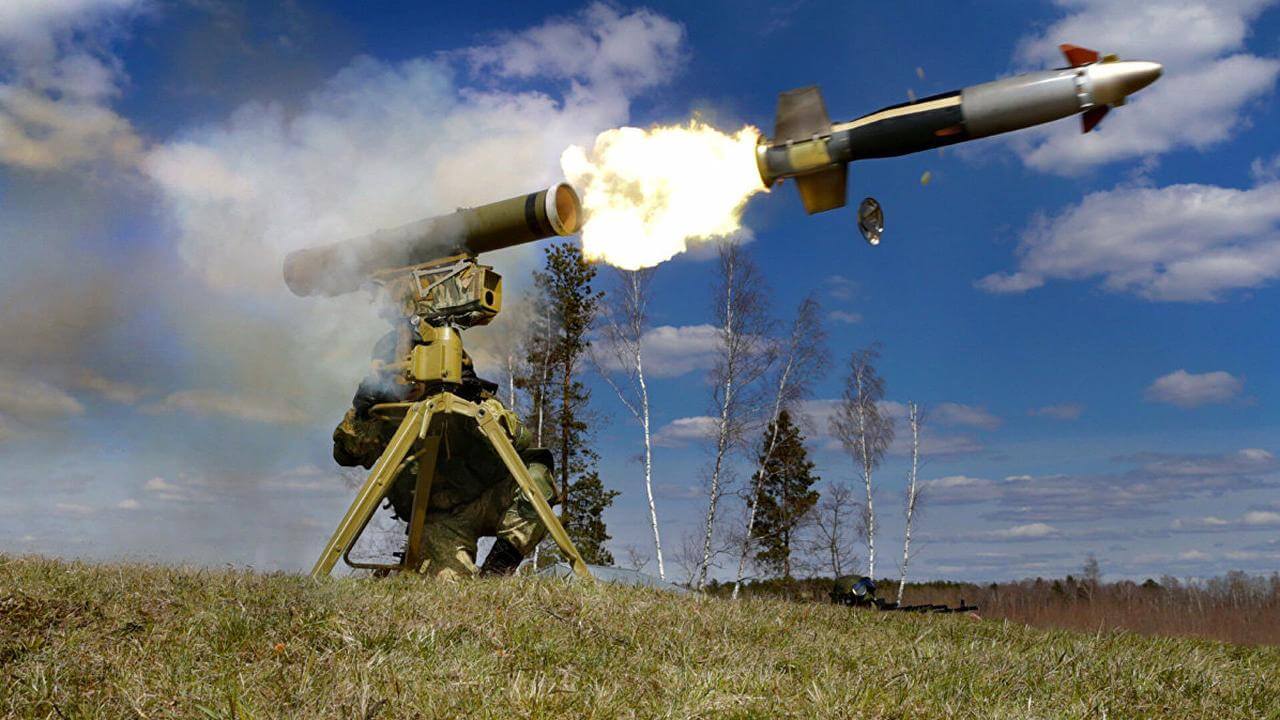 Bekhan Ozdoev, Industrial Director of the Rostec Arms Cluster, said that a “double launch” algorithm is being developed for the Russian anti-tank missile system (ATGM) Kornet, which allows to deceive active protection systems for tanks and armored vehicles.

For the Kornet ATGM, an operation algorithm is being developed that makes it possible to overcome modern means of active protection. It provides for the simultaneous launch of two anti-tank guided missiles at a target with a delay less than the time for switching the target’s active defense system to a new threat.

The active protection complex (KAZ) of armored vehicles, using radar and other sensors, detects an anti-tank missile aimed at an armored vehicle, a shot from a grenade launcher or a cannon projectile and releases countermeasures to neutralize it on approach.

Existing KAZs are capable of working for only one purpose: they do not yet have a multitasking mode, as in modern anti-aircraft systems. This was used by Russian gunsmiths. While the tank defense is trying to neutralize one Kornet missile, the other reaches the target without hindrance.

The Kornet multi-charge launcher, capable of firing two missiles guided by one laser beam, is mounted on various chassis, for example, on the Tiger armored car.