At the end of the third quarter, Apple’s share of the smartwatch market decreased by 10% 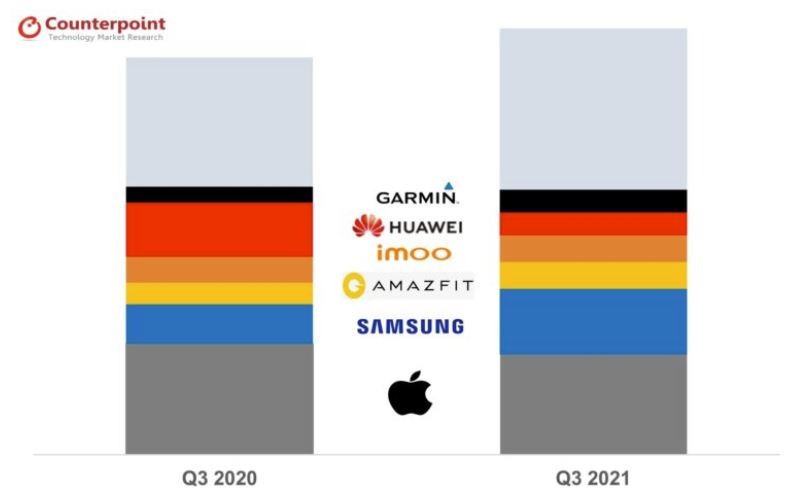 Global shipments of smartwatches in the third quarter of this year increased by 16% over the same period last year. Such data are available to experts of the analytical company Counterpoint Research.

With the launch of the Galaxy Watch 4 series, Samsung has reached the highest level of quarterly shipments, closing the gap with Apple and taking second place from Huawei. With this series of smartwatches, the South Korean manufacturer has expanded the app ecosystem using Android-based Wear OS instead of Tizen. The novelty is offered in two versions – basic and classic.

Apple is still in first place, but its share in annual terms decreased by 10%. In third place is Amazfit.

According to analysts, the most striking events of this quarter are the rapid growth of Indian brands. The Noise and boAt smartwatches, which ranked # 1 and # 2 in the Indian market respectively, were more than double their sales in the previous quarter.