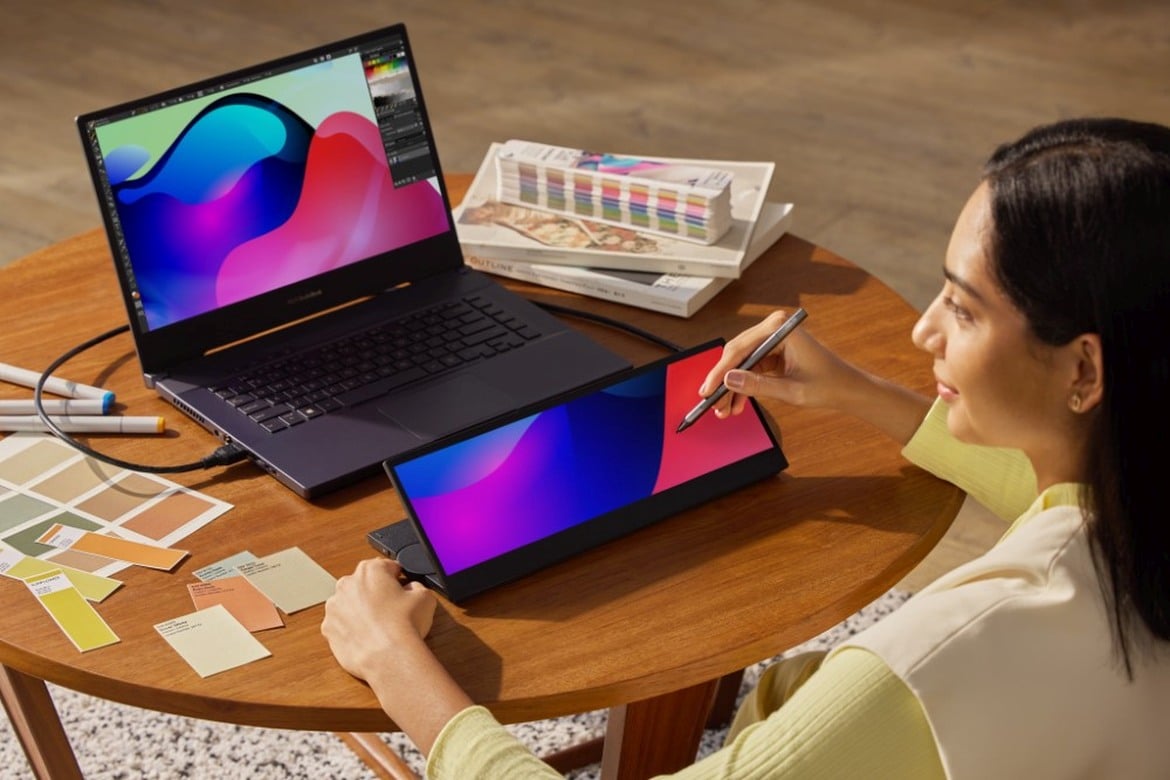 Asus has re-introduced the new 14-inch Asus ProArt Display PA147CDV with 32:9 aspect ratio and stylus support, and also announced when it will be released.

Monitor Asus ProArt Display PA147CDV received a 14-inch IPS-panel with a resolution of 1920 x 550, which supports recognition in 10 points and a Microsoft Pen Protocol 2.0 stylus.

Designed for designers and creatives, this monitor functions as a secondary screen. The monitor supports Asus Dial and a customizable control panel that supports shortcuts in Adobe Creative Software.

In addition, this monitor is factory calibrated to cover 100% of the sRGB and Rec 709 color gamut. In terms of connectivity, this monitor is equipped with one HDMI port and two USB-C ports.

The company has announced that it will launch the ProArt Display PA147CDV at the end of September.