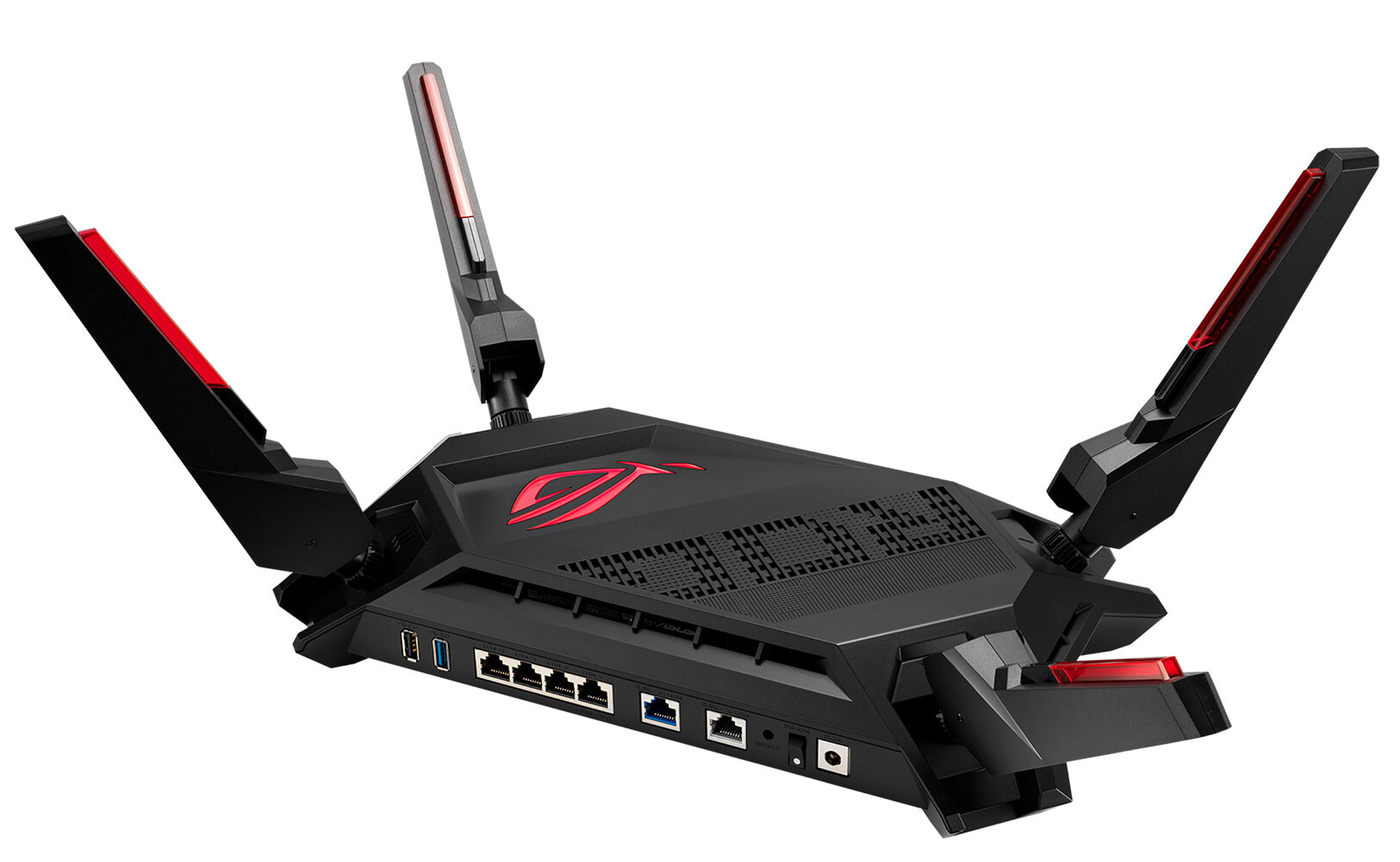 Asus has unveiled the Republic of Gamers (ROG) Rapture GT-AX6000 Wi-Fi 6 (802.11ax) high-speed gaming router. According to the manufacturer, the device with a futuristic appearance “allows gamers to connect more devices and takes the gameplay to the next level.” At the heart of the router is a 64-bit Broadcom processor clocked at 2.0 GHz and the flagship next-generation Broadcom WiFi 6 chipset that delivers wireless speeds of up to 6,000 Mbps. The Asus ROG Rapture GT-AX6000 Router is adorned with customizable lighting.

The Rapture GT-AX6000 configuration includes two 2.5GbE ports, one of which can be configured as a WAN or LAN port, and four 1GbE ports. The router supports both WAN and LAN port aggregation. WAN Aggregation allows you to combine a 2.5GbE port with a 1GbE port to get a 3.5Gbps internet connection bandwidth. With LAN aggregation, two 1GbE LAN ports can be combined for high-speed connection to a compatible NAS or PC. In addition, there is a USB 3.2 Gen1 and USB 2.0 port.

A handy feature of the GT-AX6000 is the availability of a dedicated game port for game consoles including PS5, Xbox X and Nintendo Switch. There is no complicated configuration required to give the console traffic high priority – just connect it to the LAN-1 port. Using the Asus Router app, you can turn on the mobile game mode with one click to prioritize your smartphone.