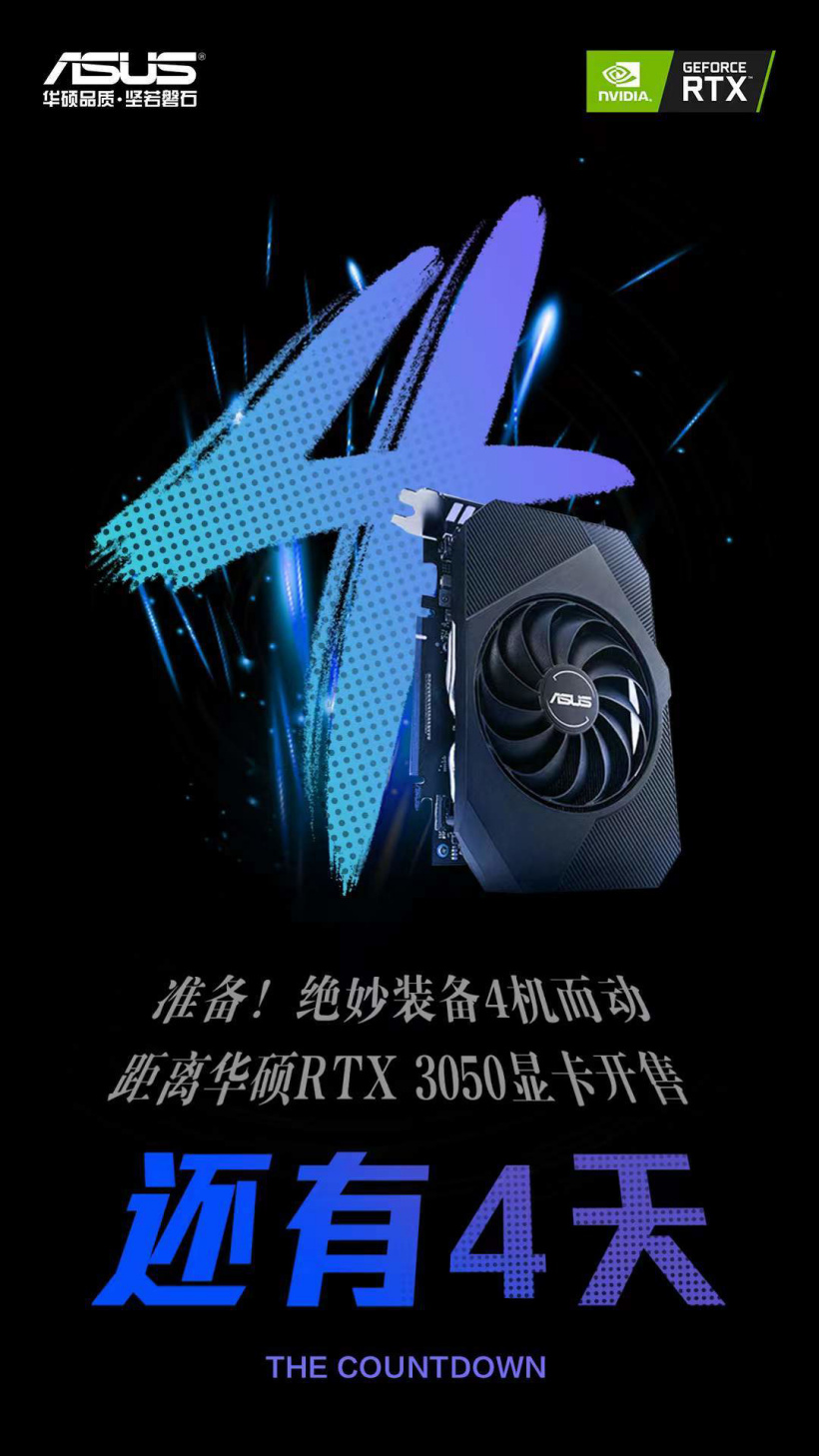 The GeForce RTX 3050 will be the most affordable graphics card in the Ampere lineup. And although its retail price will clearly be higher than recommended, manufacturing companies will try to provide a wide variety of options at the start of sales. So, Asus will offer versions of the GeForce RTX 3050 with three fans (ROG Strix), two fans (Dual) and one (Phoenix). In the latter case, we are talking about a very compact video card.

The image of the novelty is presented in a teaser picture with a countdown – four days are left before the start of sales of the GeForce RTX 3050. The 3D card is equipped with a fairly large fan, a traditional aluminum heatsink, and a pair of heatpipes. Such a model can easily fit into a compact computer based on a Mini-ITX motherboard. The characteristics of the Asus GeForce RTX 3050 Phoenix are not reported, but you can not count on factory overclocking. It is already known that in games, the GeForce RTX 3050 demonstrates performance at the level of the GeForce GTX 1660 Ti, but for mining this video card is absolutely not suitable.