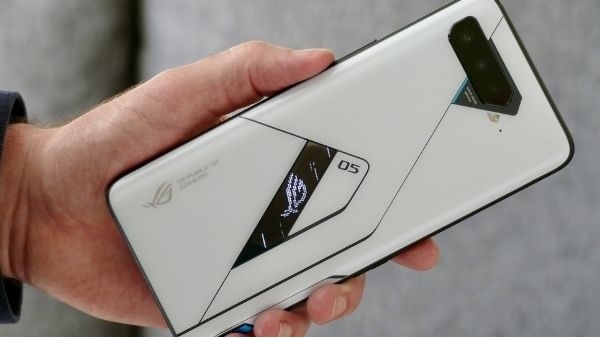 Republic of Gamers (ROG), the gaming division of Asus, has announced the sale of Asus ROG Phone 5 Ultimate. The special edition smartphone in the ROG Phone 5 line-up comes with a slew of great experiences and is also the world’s first smartphone with 18GB of RAM. Now people in India will be able to buy this mobile phone. So let’s know some more things about this new smartphone of Asus.

For information, let us tell you that Asus ROG Phone 5 Ultimate was launched in March this year in many international markets. However, Asus is yet to put the device up for sale in India. The company has now announced the first sale date of the gaming phone in the country and it will be available for sale in India from December 26.

The price of this device in India has been kept at Rs 79,999. However, let us tell you that ROG Phone 5 was launched in the country for Rs 49,999 and still this price remains intact. But you can buy the Ultimate Edition for Rs 79,999.

Talking about the specifications, the ROG Phone 5 Ultimate is the same gaming smartphone as the ROG Phone 5. And it will prove to be a perfect choice for gamers.

ROG Phone 5 Ultimate comes with many great features. It comes with a sleek design, sporting a rear monochrome PMOLED (or passive-matrix OLED) display. Also, its frosted back matches the glass and storm white color.

The main attraction of the Asus ROG Phone 5 Ultimate smartphone is its 512GB storage and 18GB RAM and it is the first smartphone to have 18GB of RAM. Also, Qualcomm Snapdragon 888 processor has been given in it.

Furthermore, the on-paper specifications of the ROG Phone 5 Ultimate include a 6.78-inch AMOLED display with 2448×1080 pixels resolution and Corning Gorilla Glass Victus. It runs on out-of-the-box Android 11 based ROG UI. Optics include a 64-megapixel wide-angle lens as a primary, a second 13-megapixel ultrawide lens, and a 5-megapixel macro lens. While a 24-megapixel selfie shooter has been given in the front.

While it has dual-band Wi-Fi 802.11, Bluetooth 5.2, a USB Type-C 3.1 on the side, a USB Type-C 2.0 at the bottom and an accessory connector. Talking about the battery, this premium phone has a 6000mAh battery which supports 65W fast charging and 10W reverse charging.

So if you are also a gamer and want to get a new smartphone with more RAM, then this will be a perfect choice for you.